On 4 December 2019, the Royal Thai Embassy and Permanent Mission of Thailand in Vienna organised a concert and reception on the Occasion of the National Day of Thailand 2019 and 150 Years of Friendship between Thailand and Austria at the InterContinental Hotel in Vienna. The event was attended by approximately 550 guests from the Austrian authorities, diplomatic corps, international organizations, Austrian guests and members of the Thai community.

Ambassador Morakot Sriswasdi gave her opening remarks by reflecting upon the special meaning of December 5th for the Thai people as it marks the birthday of His Majesty King Bhumibol Adulyadej the Great whom tremendous legacy to the Nation has always been recognised by the Thais. His birthday thus continues to be designated as the Thai National Day and Fathers’ Day. Ambassador Sriswasdi also recounted the significance of 2019 as a milestone in the Thai-Austrian Friendship dated back to 1869 for which a number of activities has been organised throughout the year by both Thai and Austrian sides to celebrate its 150th Anniversary. She concluded by inviting the guests to join her in sending best wishes to His Majesty the King of Thailand, the Federal President of Austria, as well as to the well-being and prosperity of Thai and Austrian peoples.

Ambassador Enno Drofenik, Chief of Protocol of the Austrian Foreign Ministry, gave his remarks as the guest of honour by describing the longstanding Austrian-Thai friendship which has demonstrated itself through the multifaceted cooperation between the two countries. He pointed out that the people-to-people relations are, in particular, strong foundations on which this friendship will further grow into the future.

The guests were presented with a special performance by an ensemble of Thai music students from the College of Music, Mahidol University, and its alumni currently continue their music study in Austria. The programme presented a combination of songs from Thailand, including royal compositions by His Majesty King Bhumibol Adulyadej the Great, together with European repertoire, and was performed on a mixture of classical and Thai music instruments. The concert was followed by a reception serving variety of Thai savoury and sweet delicacies.

The Embassy would like to extend its profound thanks to all sponsors (Thai Airways, Thai Union Group, Ratchathani Leasing, JWD Group, Romrawin Clinic, Thonglor Pet Hospital) for making this special performance by musicians from Thailand possible as well to the Thai restaurants in Vienna (All Reis, Patara, Mamamon) for joining us in catering for the event. 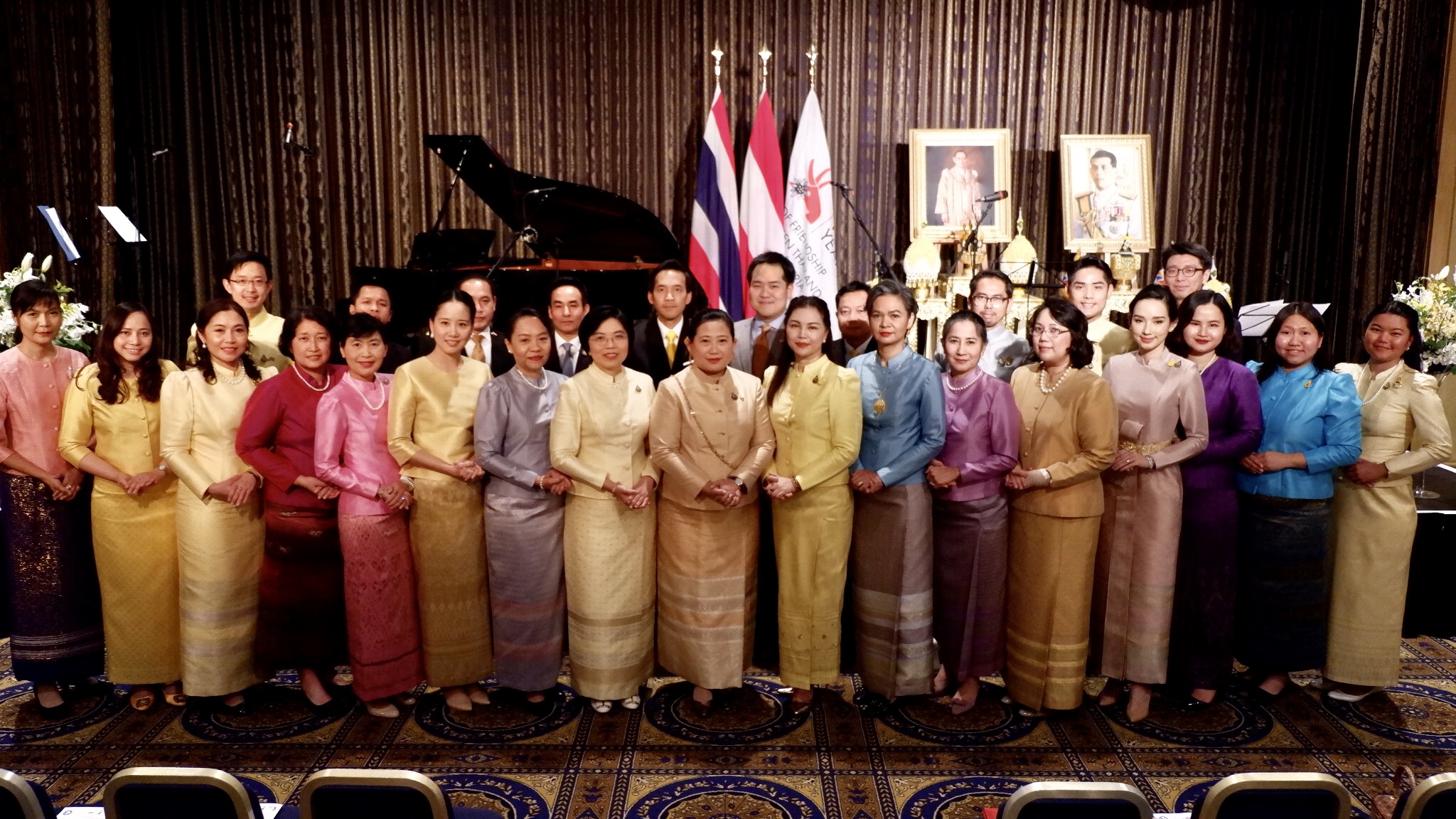 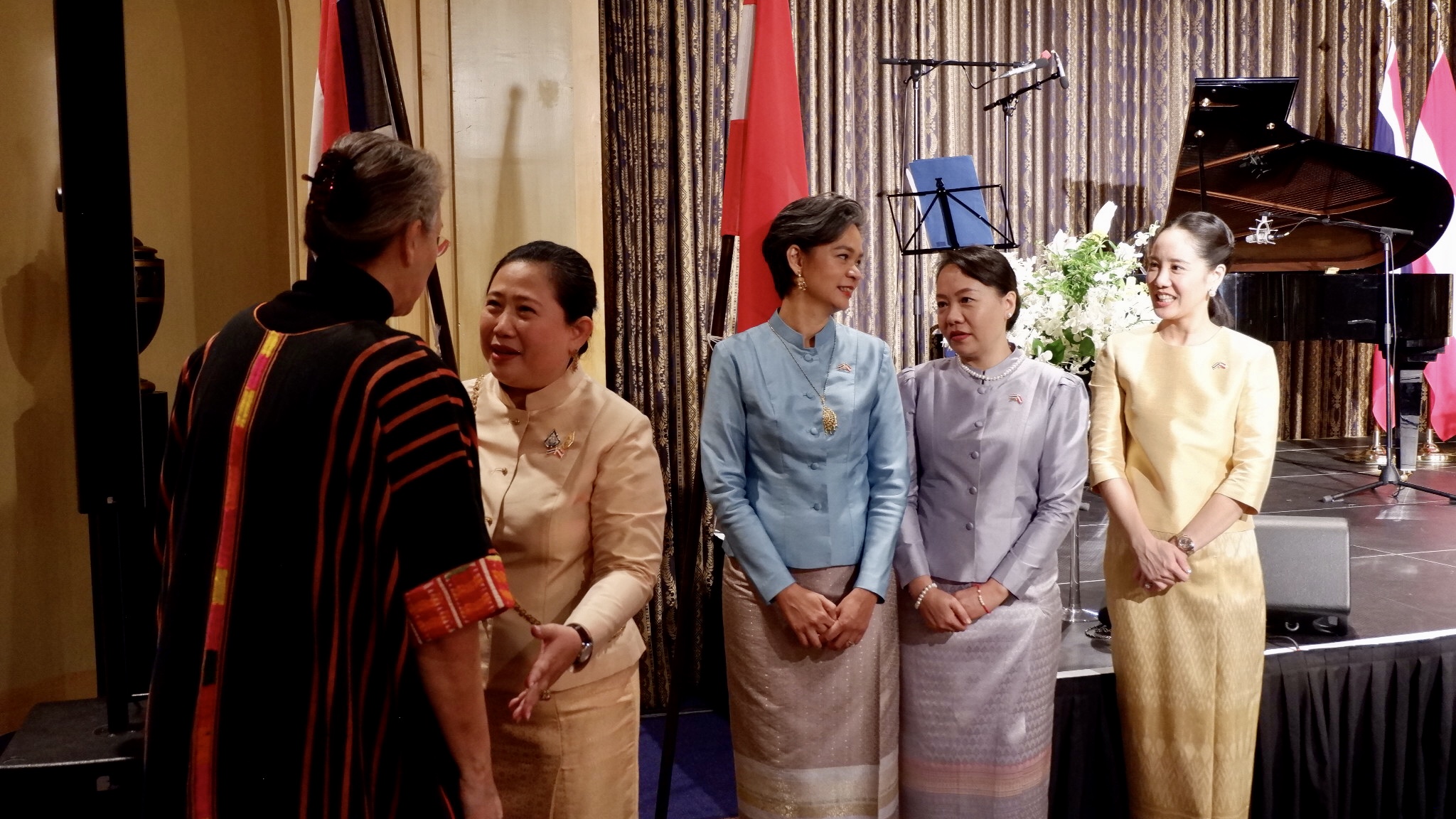 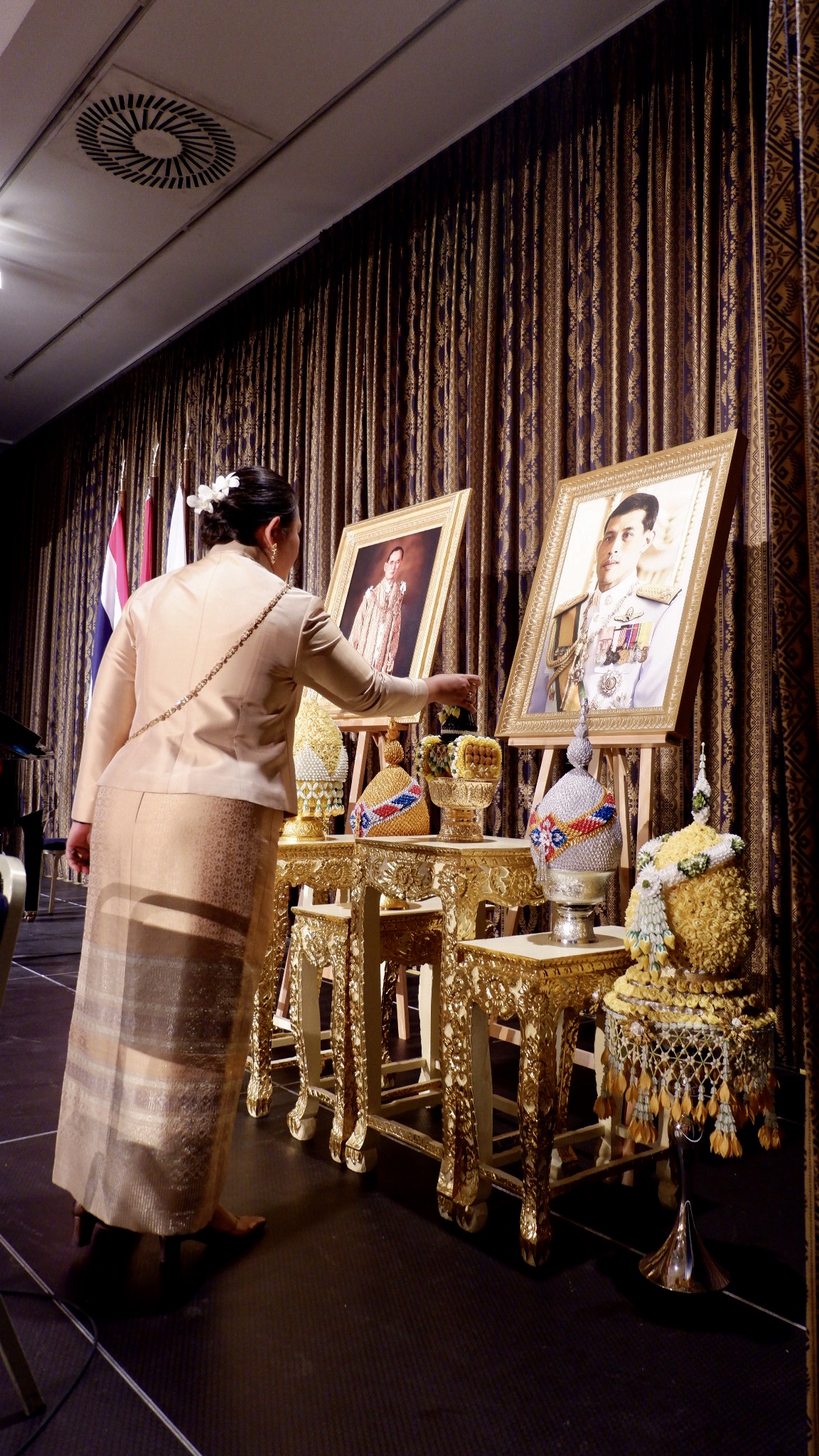 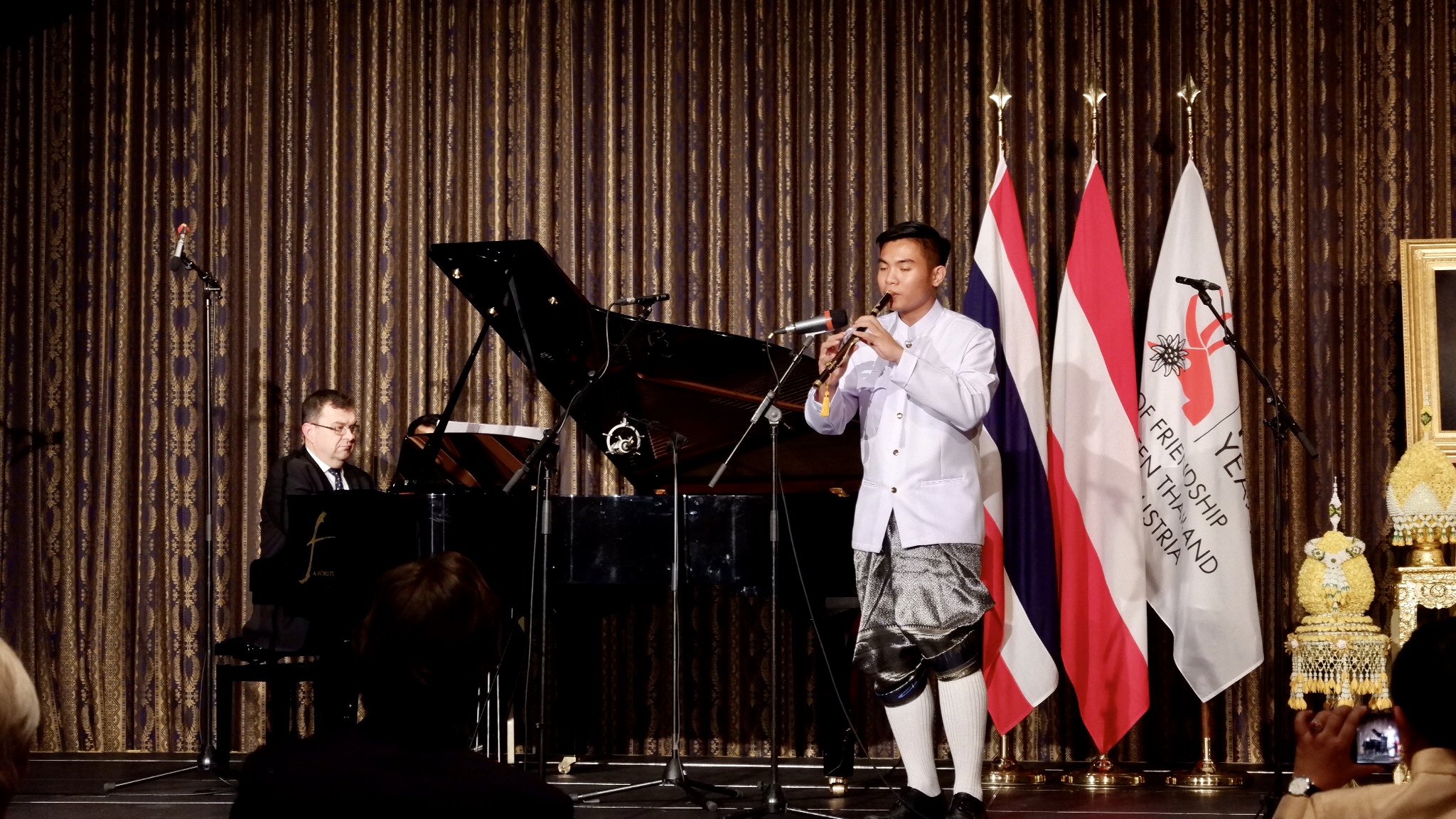 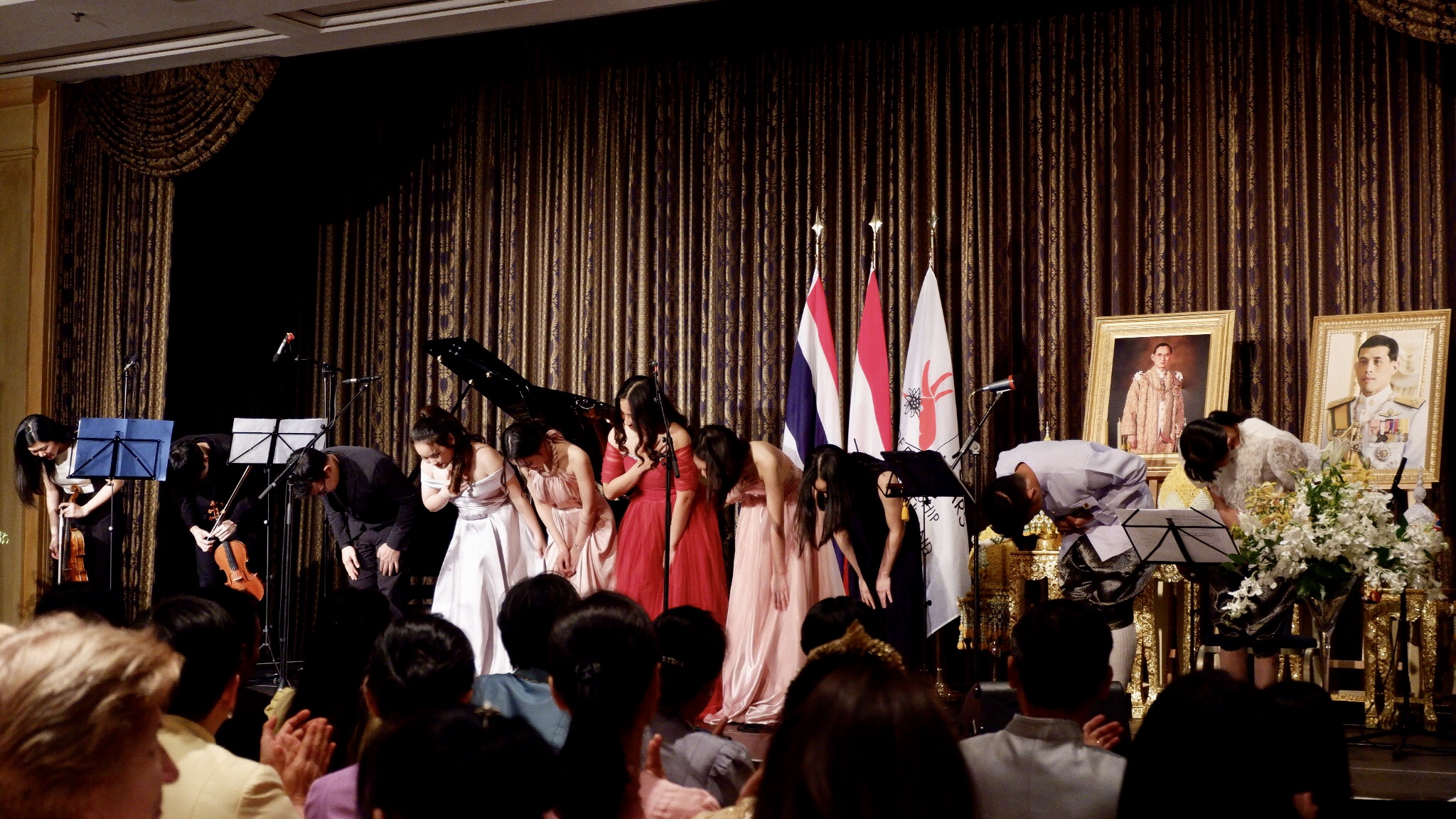 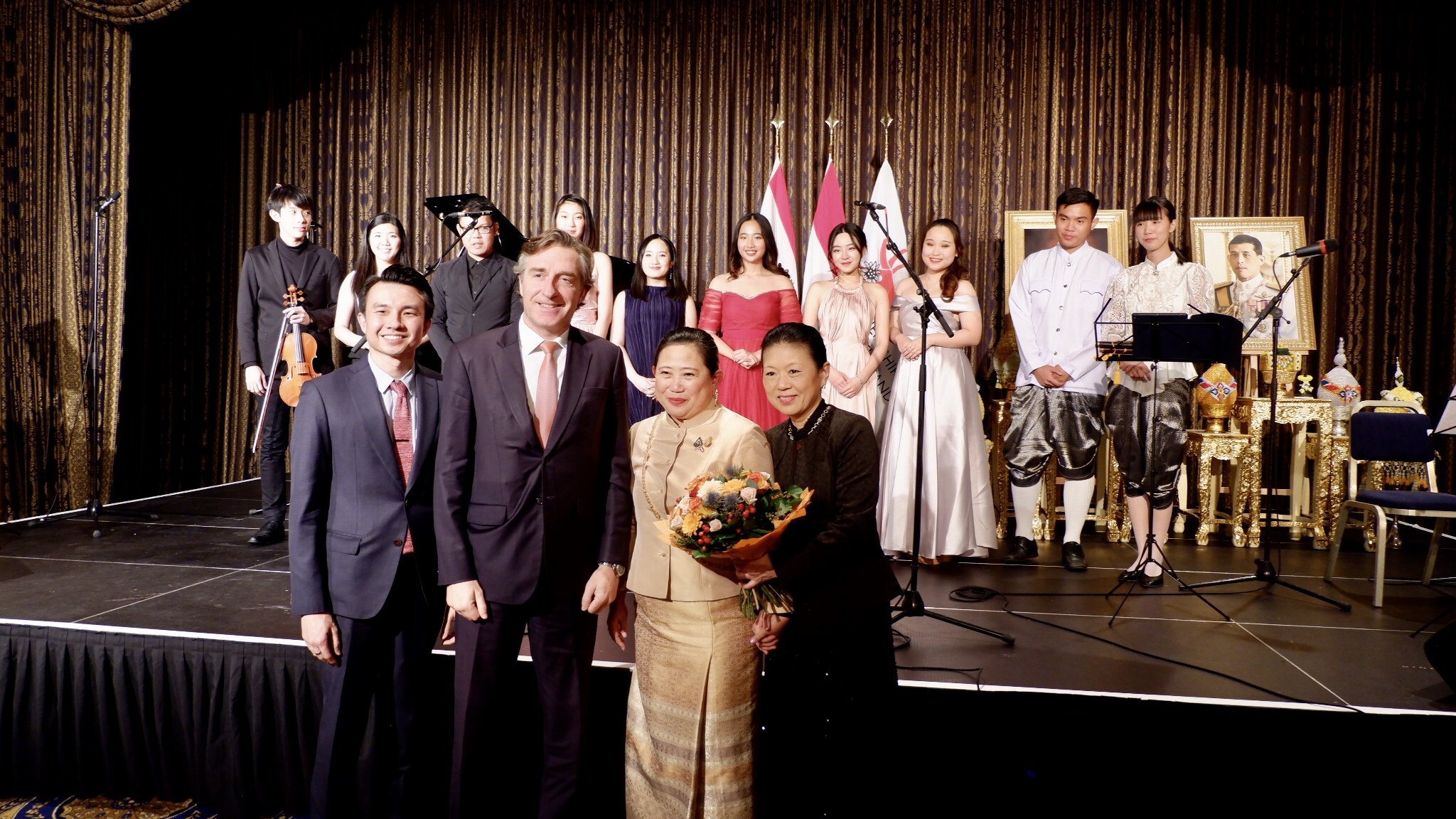 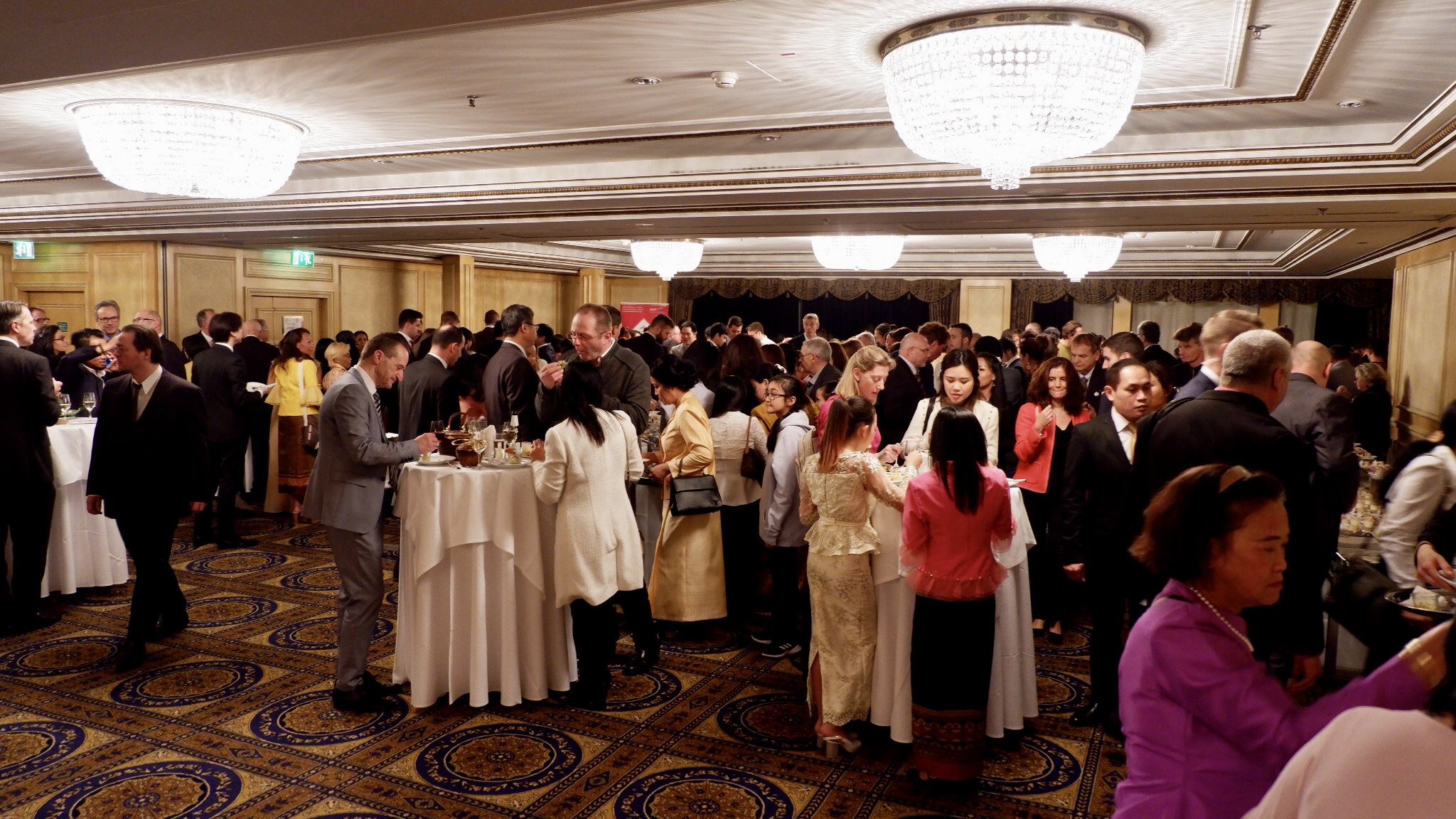