During 14 – 15 March 2019, His Excellency Air Chief Marshal Prajin Juntong, Deputy Prime Minister and Minister of Justice, led the Thai Delegation’s participation at the Ministerial Segment of the 62nd session of the Commission on Narcotic Drugs on “Taking stock of the implementation of the Commitments made to jointly address and counter the world drug problem, in particular in the light of the 2019 target date” at the United Nations in Vienna.

The Deputy Prime Minister and Minister of Justice delivered a statement during the Plenary Session emphasizing Thailand’s progress in demand and supply reduction of illicit drugs.  He further emphasized that Thailand’s policy on drug control is firmly consistent with the 3 international drug control conventions.  Moreover, Thailand has amended its drug control legislation in alignment with international standards.  Thailand remains the champion of alternative development, which is closely linked to the philosophy of Sufficiency Economy of the late King Bhumibol Adulyadej and aims at addressing the drug problem in Thailand and the region at the root causes and in a sustainable manner.  Thailand also attaches great importance to strengthening international cooperation in addressing the world drug problem.  The Thai Government will continue working through a people-centred approach without leaving anyone behind.

The Deputy Prime Minister and Minister of Justice also participated in 2 side events: 1. Side event on “The Future of Alternative Development” that Thailand co-organized with Germany, Peru, Colombia, and Austria as well as the European Union and the UNODC that attach great importance to the role of Alternative Development in addressing the world drug problem. 2. Side event on “Special Ministerial briefing: responding to the dramatic growth of synthetic drugs underway in the Mekong region of Asia” organized by Thailand and the UNODC to provide relevant information on the drug market in the Mekong region including how to address the said problem especially through the Mekong MOU on Drug Control.  He also presided over the opening ceremony of the exhibition on the said topic. 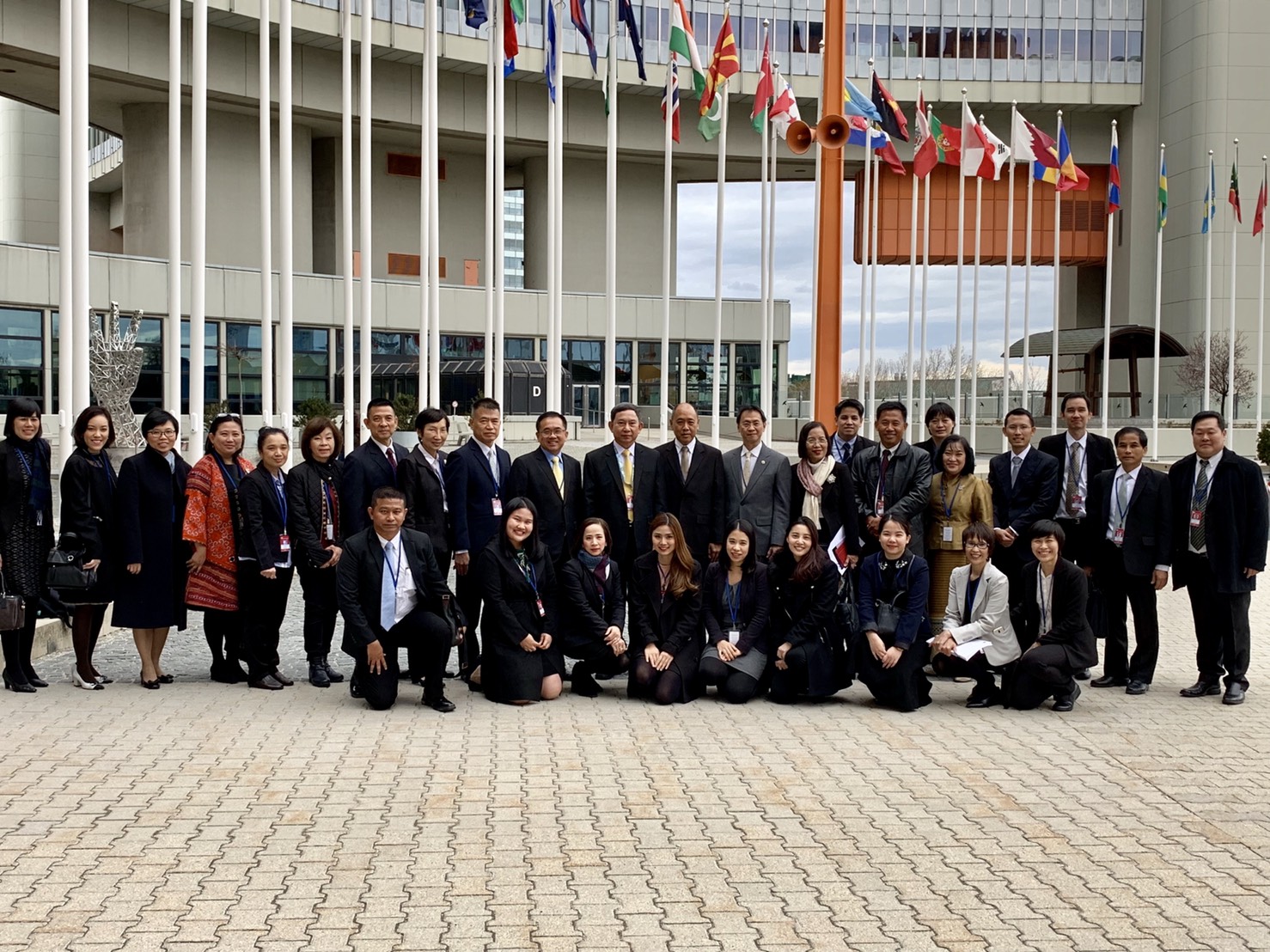 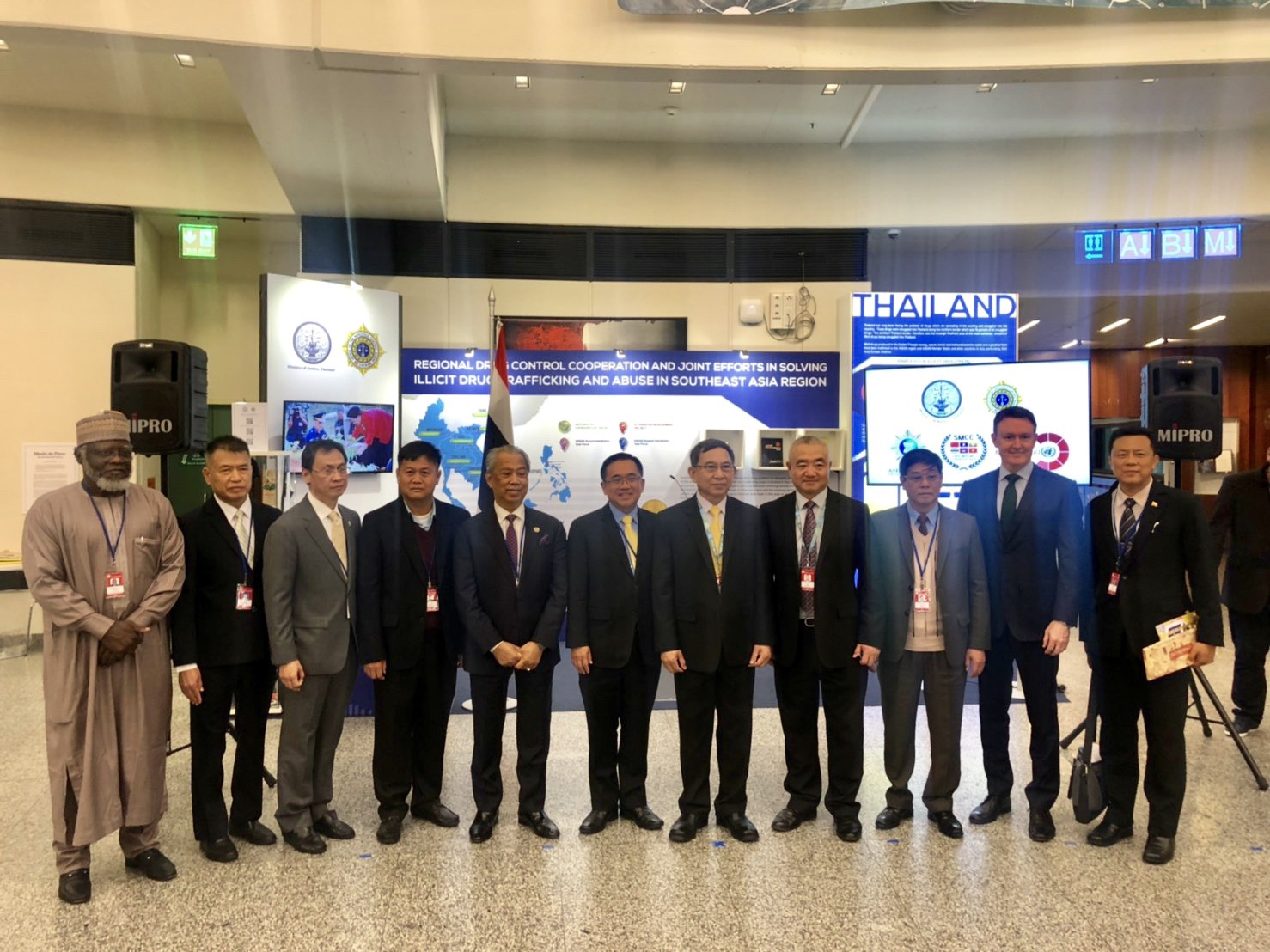 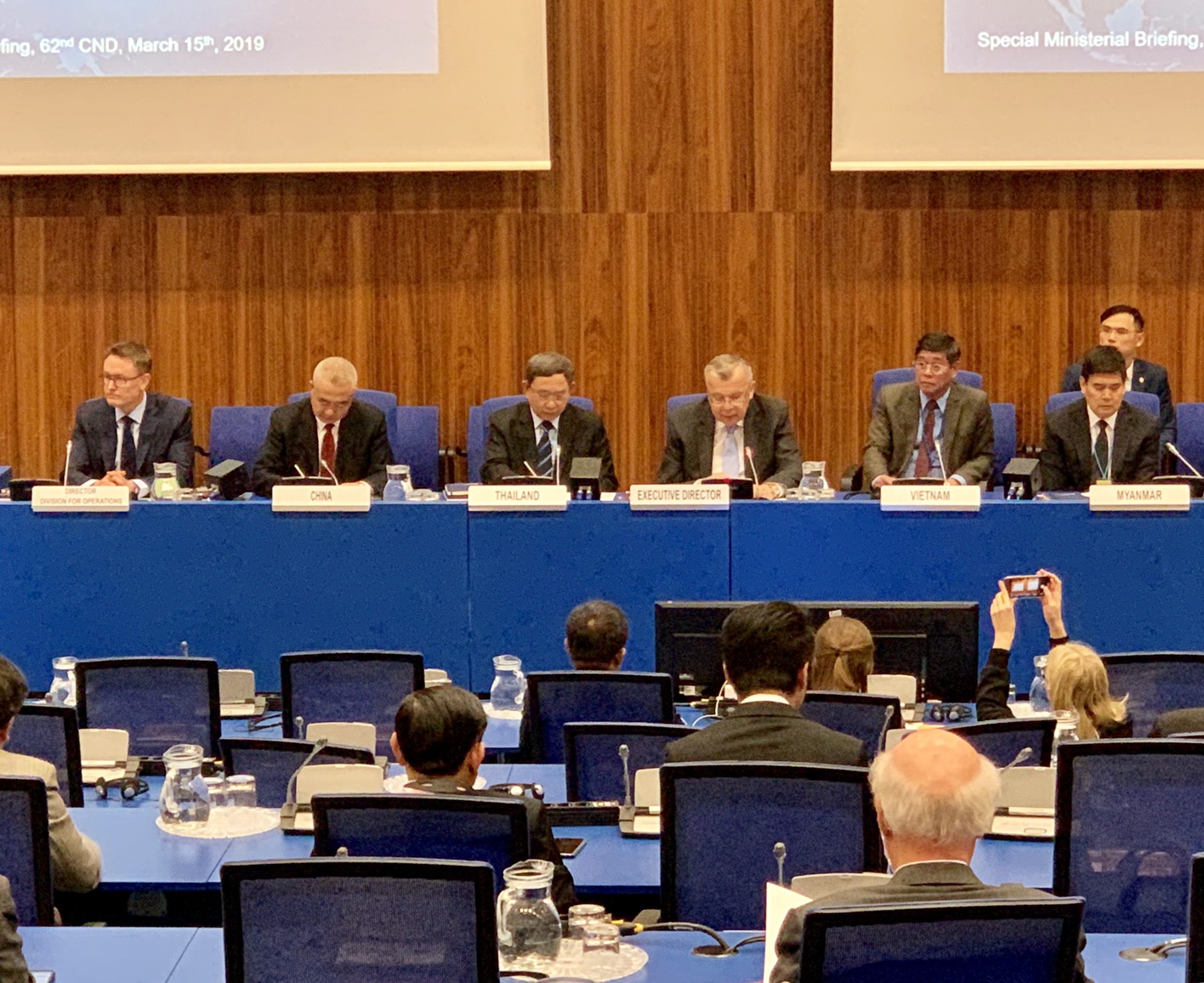