On 29 October 2019, Ambassador of Thailand to Austria, Minister-Counsellor (Industrial Affairs) and officer from the Royal Thai Embassy met with Mr. Michael Loewy, Head of International Relations, Federation of Austrian Industries and respective officers from International Relations section. The purposes of the visit were to familiarise with the Federation, exchange information on bilateral trade and investment between Thailand and Austria and discuss ways on how to increase Austrian companies and investments in Thailand especially in the Eastern Economic Corridor Development Project (EEC).

On this occasion, the Ambassador informed about current economic development of Thailand, the Thai government’s investment promotion policies especially in the EEC area. She pointed out the investments opportunities for Austrian companies especially in the S-Curve industries. Currently there are about 100 Austrian companies investing in Thailand. Recent examples of Austrian investment in Thailand include Lenzing AG (lyocell production) company which is building its lyocell fibre plant in Thailand at Industrial Park 304 in Prachinburi Province with 400 million euros investments. Gussing Renewable Energy GmbH is also in the business of converting biomass into energy supply and has been successful in constructing a carbon-neutral waste gasification plant in Nong Bua, Nakornsawan Province. Lastly, the Ambassador gave information kit on Thailand’s investments promotion policies and EEC.

The Federation of Austrian Industries is a voluntary and independent representation of interests of Austrian industries and related sectors. Currently, the Federation has more than 4,400 members. Most of the members are large manufacturing and services industries. The Federation works together with Austrian government in shaping and implementing industrial policies and promotes R&D in industries. 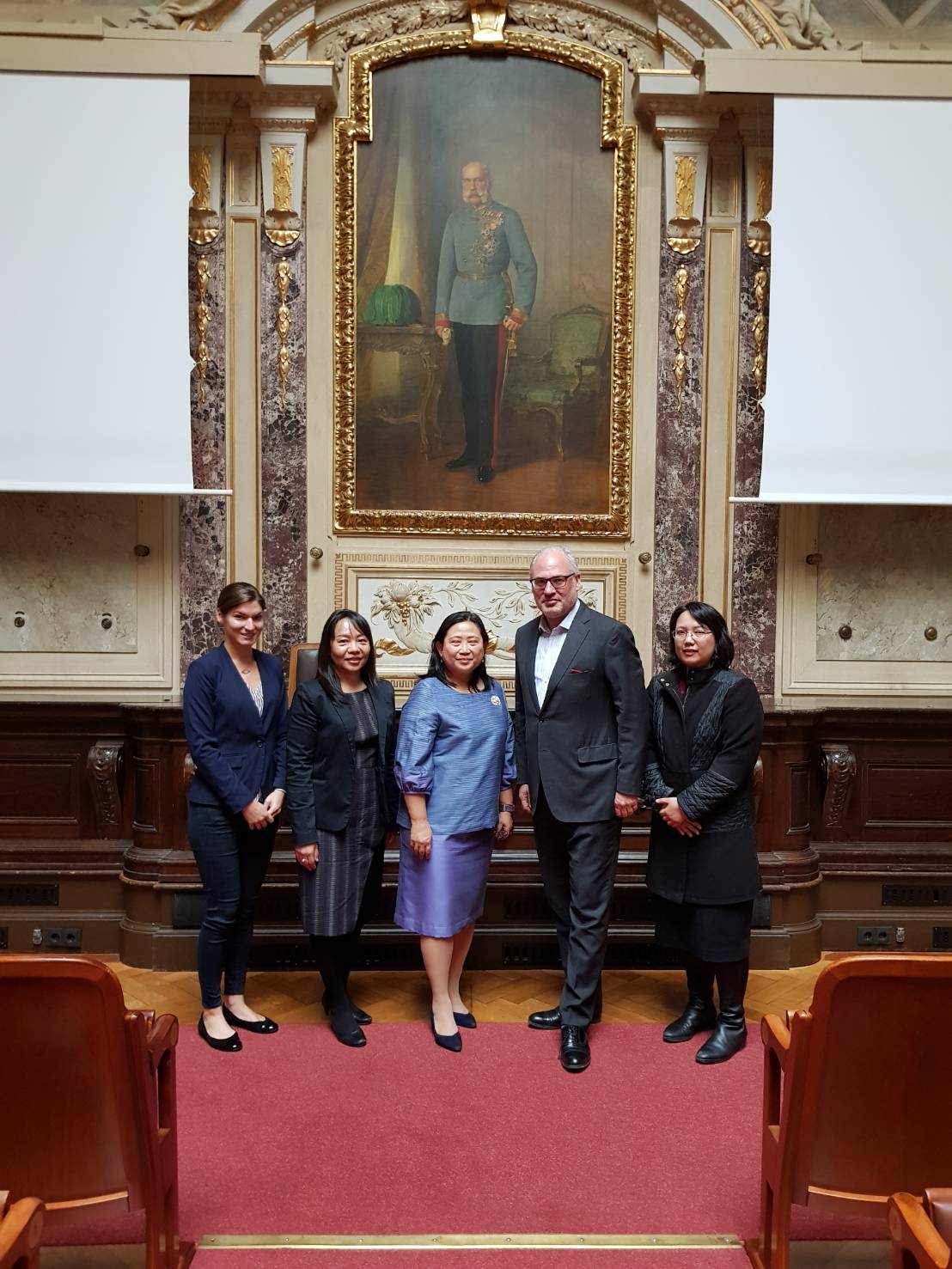