On 8 August 2015, the ASEAN Vienna Committee (AVC) organized the first ASEAN Family Picnic and Sports day, to strengthened the friendship bonds between ASEAN communities through sports. In line with the theme of 2015 ASEAN Chairmanship: "Our People, Our Community, Our Vision., the event gathered over 250 people coming from embassy staff and their families and the communities of Indonesia, Lao PDR, Malaysia, Myanmar, the Philippines, Singapore, Thailand and Viet Nam.

H.E. Mr. Arthayudh Srisamoot, Ambassador and Permanent Representative of the Kingdom of Thailand, as the outgoing chair of the AVC, and H.E. Mrs. Maria Zeneida Angara Collinson, Ambassador and Permanent Representative of the Philippines, as the incoming chair of the AVC gave welcoming remarks. Aside from sport activates, there was also the ASEAN flag raising, marking 48th year of the creation of ASEAN.

The closing ceremony saw AVC ambassadors presenting prizes to the winners, both adults and children who participated in the friendly matches of penalty kick, musical chairs, guess the word, throwing hoops, futsal, sepak raga, newspaper dance and tug of war. 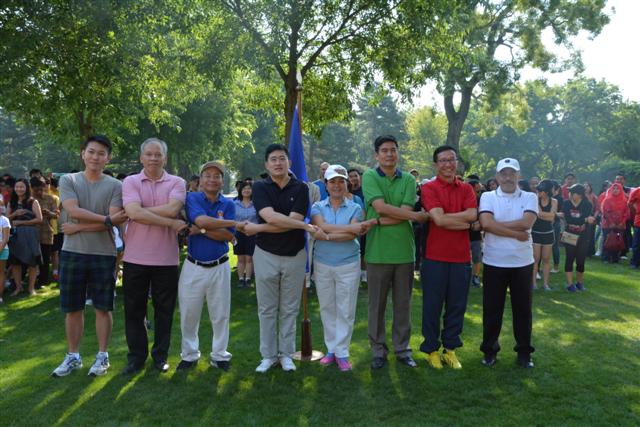