On 6 June 2016, H.E. Mr. Arthayudh Srisamoot, Ambassador and Permanent Representative of the Kingdom of Thailand, was the Chairperson during the Opening Session of the 2016 OSCE Asian Conference on “Strengthening Comprehensive Security.” The one and a half day Conference was held at the St. Regis Hotel in Bangkok, Thailand.

The Conference will give the participants an opportunity to listen to high-level guest speakers as well as exchange views, in order to share experiences on Confidence Building Measures under the OSCE. The Conference is divided into three sessions: Session 1: Enhancing international efforts to strengthen security co-operation, which discusses about terrorism and cyber security. Session 2: Promoting the 2030 Agenda for Sustainable Development to ensure peace and prosperity, discusses about the 2030 Agenda for Sustainable development. Session 3: Trafficking in human beings and irregular migration, discusses about sharing experiences and lessons learned between Europe and Asia on human trafficking.

The Conference was attended by many dignitaries, such as H.E. Mr. Lamberto Zannier, Ambassador, Secretary General of the OSCE, H.E. Mr. Le Luong Minh, Ambassador, Secretary General of ASEAN, H.E. Mr. Panyarak Poolthup, Deputy Permanent Secretary, Ministry of Foreign Affairs of the Kingdom of Thailand, H.E. Mr. Vuk Žugic, Ambassador Permanent Representative of Serbia to the OSCE and Chairperson of the OSCE Asian Contact Group, and H.E. Mr. Norbert Riedel, Ambassador, Regional Director for Asia and the Pacific in the German Foreign Ministry. The attendance of Conference also includes ambassadors and high ranking diplomats from Vienna, representatives from the Thai government, officials from the OSCE secretariat and observers totally over 100 participants. 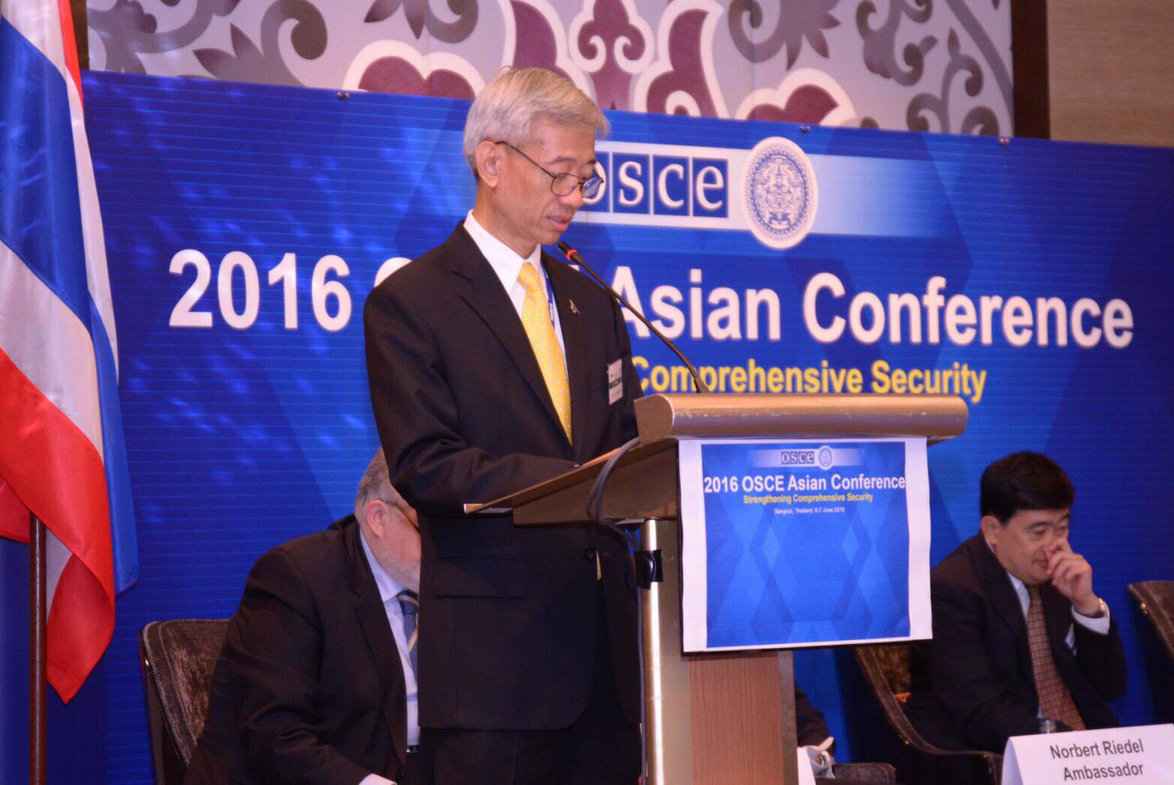 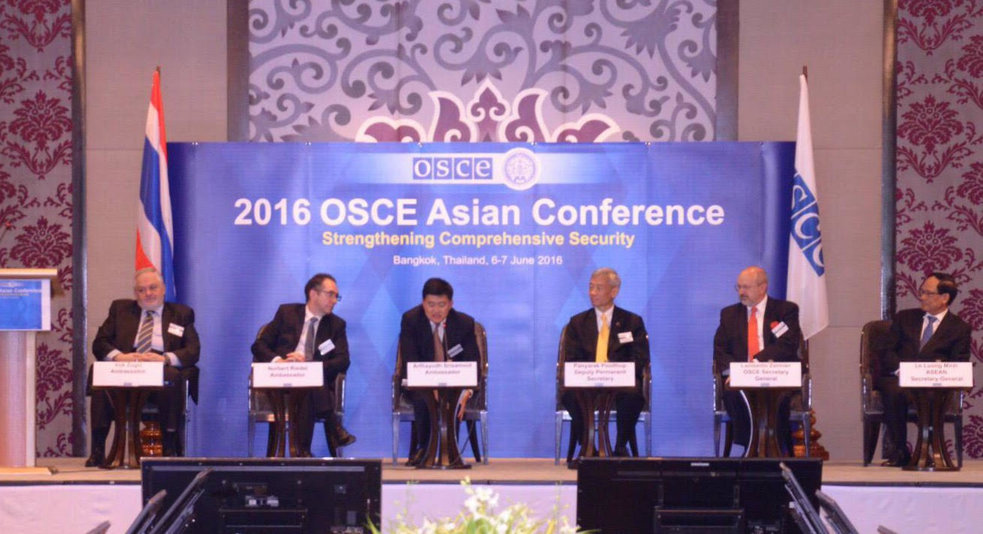 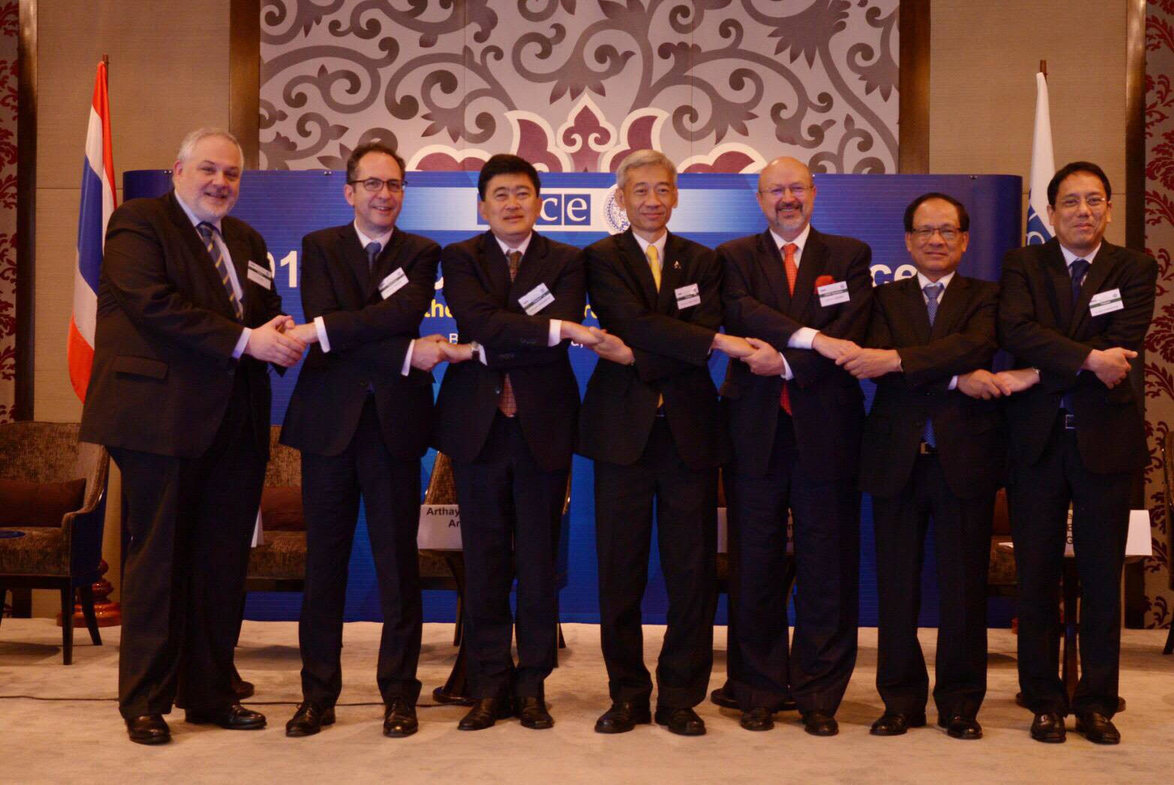