Minister of Industry of Thailand attends the 50th Anniversary of UNIDO

On 21 November 2016, H.E. Mrs. Atchaka Sibunruang, Minister of Industry of the Kingdom of Thailand, congratulated the United Nations Industrial Development Organization’s (UNIDO) on its 50th anniversary ceremony at the Vienna International Centre in Vienna.

As a High-level keynote speaker, she thanked UNIDO’s efforts in poverty eradication through industrialization.Thailand has been a member of UNIDO since 1968and the seat of UNIDO’s Regional Officefor the Asia and Pacific. UNIDO has played a key role in Thailand’s economic development with over 100 joint projects. 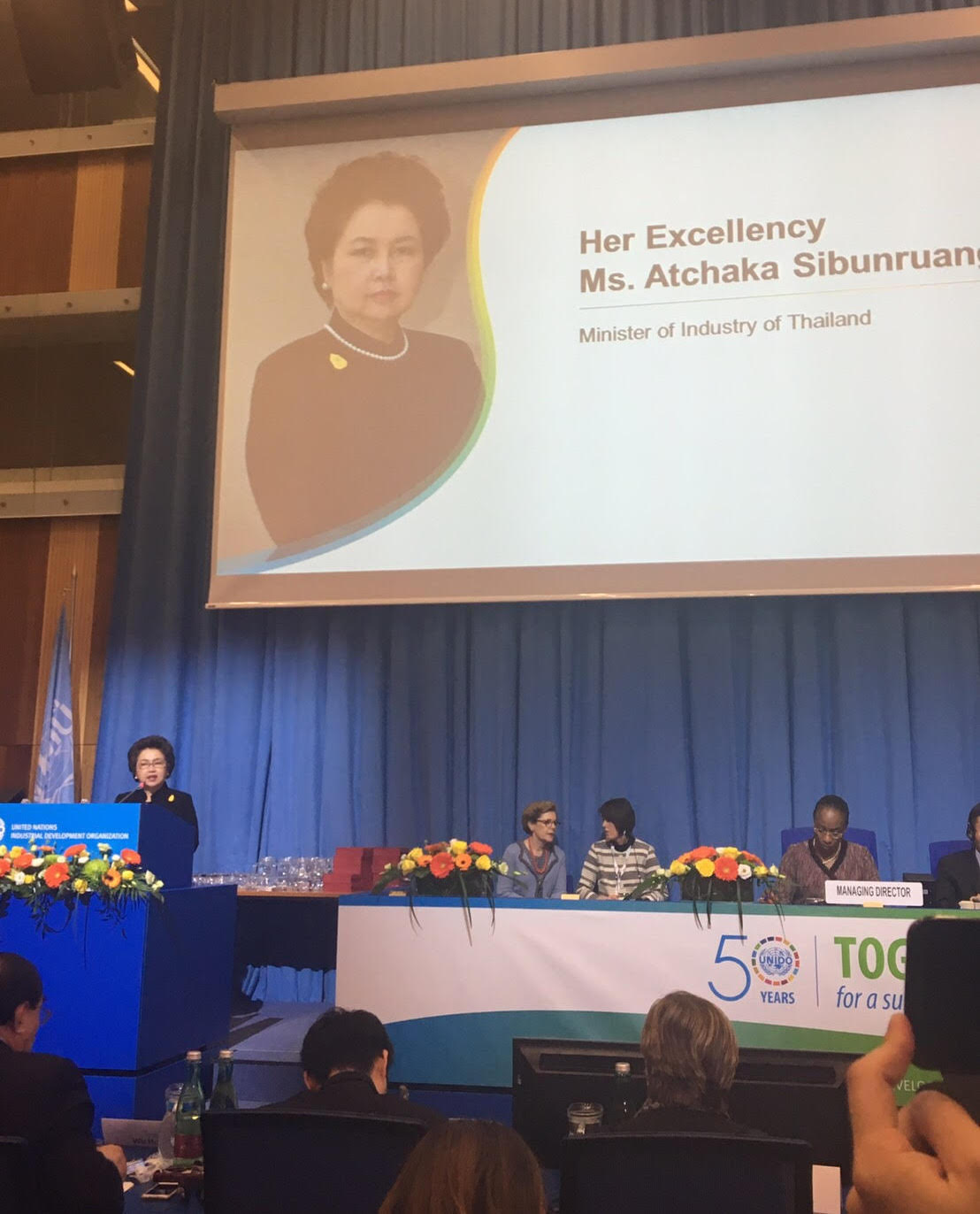