Appointment of Honorary Consul of the Kingdom of Thailand in Innsbruck

On 23 February 2017, H.E. Mr. Arthayudh Srisamoot, Ambassador of the Kingdom of Thailand to the Republic of Austria, attended a reception to welcome the appointment of Dr. Christoph Swarovski as the Honorary Consul of the Kingdom of Thailand in Innsbruck at Grand Hotel Europa, Innsbruck.The attendants of the said reception included representatives of the public and private sector of Tyrol as well as members of the diplomatic circle.

Ambassador Srisamoot highlighted the long and close relationship between Thailand and Austria, including the State of Tyrol, and expressed his full confidence in Mr. Swarovski in performing his duties as Honorary Consul.

Mr. Günther Platter, Governor of the State of Tyrol, reiterated the cordial relations between Thai people and Tyrolean people. Tyrol is also home to around 500-strong Thai community.

Dr. Swarovski, Honorary Consul, expressed his appreciation for this honourable appointment and his commitment in strengthening the friendly relations between Thailand and the State of Tyrol as well as in providing facilitation to the Tyroleans on any matters related to Thailand including visa issuance.

The Office of the Honorary Consulate of the Kingdom of Thailand in Innsbruck will start operations from 1 March 2017. The contact details are as follows : Address : Kaiserjagerstrasse 30, 6020, Innsbruck Tel : +43 (512) 580 158 Email : This email address is being protected from spambots. You need JavaScript enabled to view it. 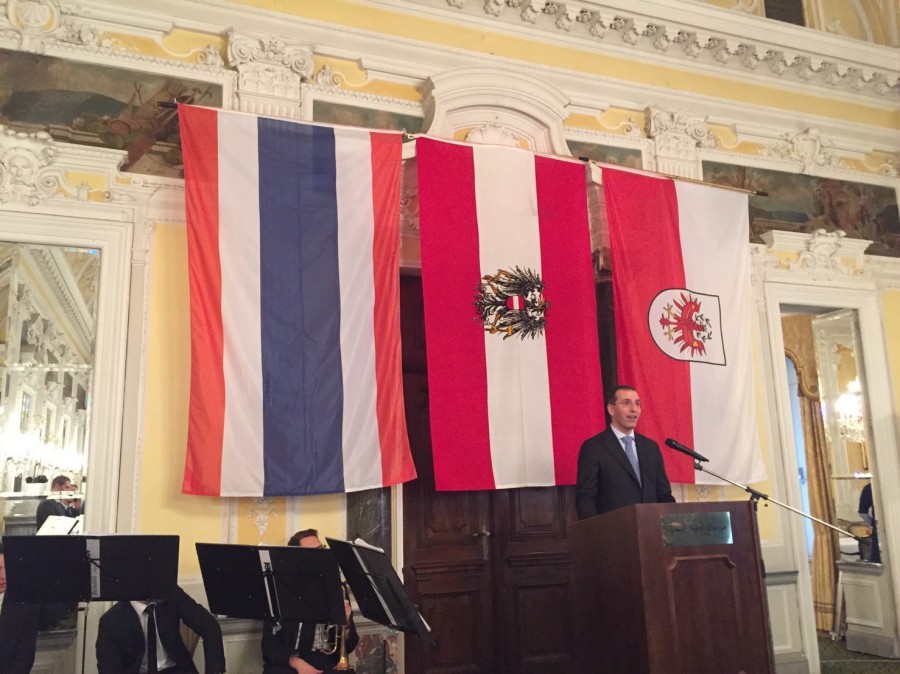 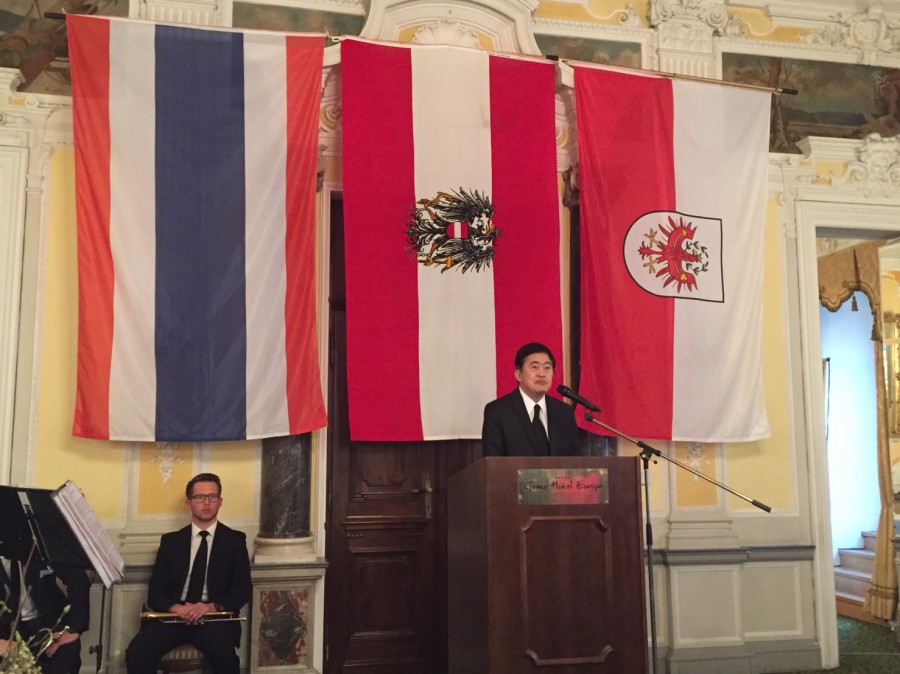 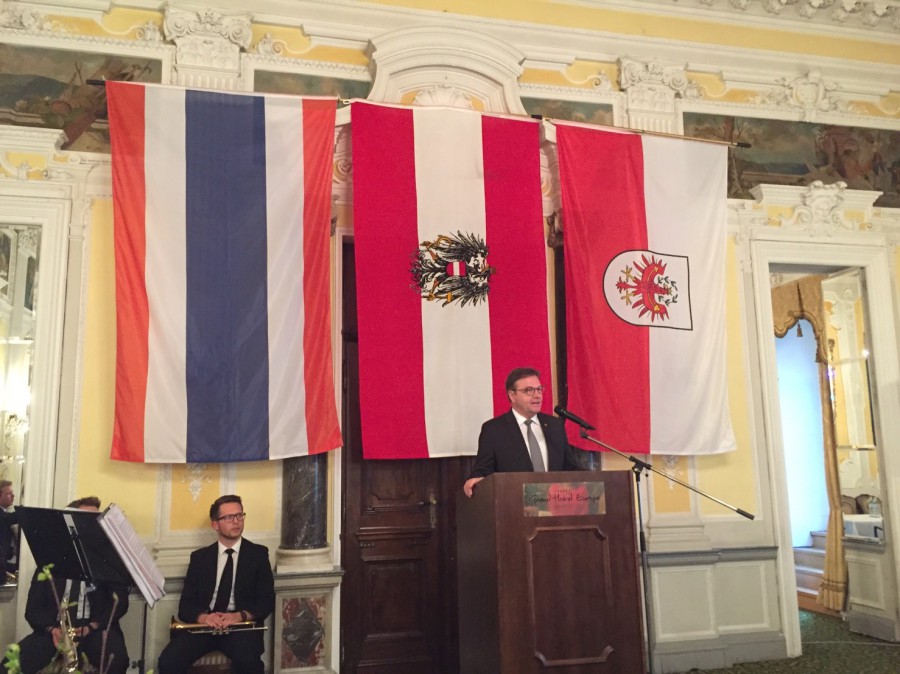