On 4 July 2018, H.E. Mr. Songsak Saicheua, Ambassador of Thailand to Austria, presided over the ceremony to present the Royal Decoration of Companion of the Most Noble Order of the Crown of Thailand which His Majesty the King has graciously bestowed upon Mr. Maximilian Coreth in recognition of his service to the Kingdom of Thailand since his appointment as the Honorary Consul of Thailand in Salzburg in 2003. Mr. Coreth continues to exert great effort to the promotion of friendship and cordial relations between Thailand and Austria, particularly in Salzburg region.

The ceremony was attended by the Coreth family, former Austrian Ambassadors to Thailand, including H.E. Mr. Johannes Peterlik, Secretary General of the Federal Ministry of Europe, Integration and Foreign Affairs of Austria, Friends of Thailand, and Embassy officials. 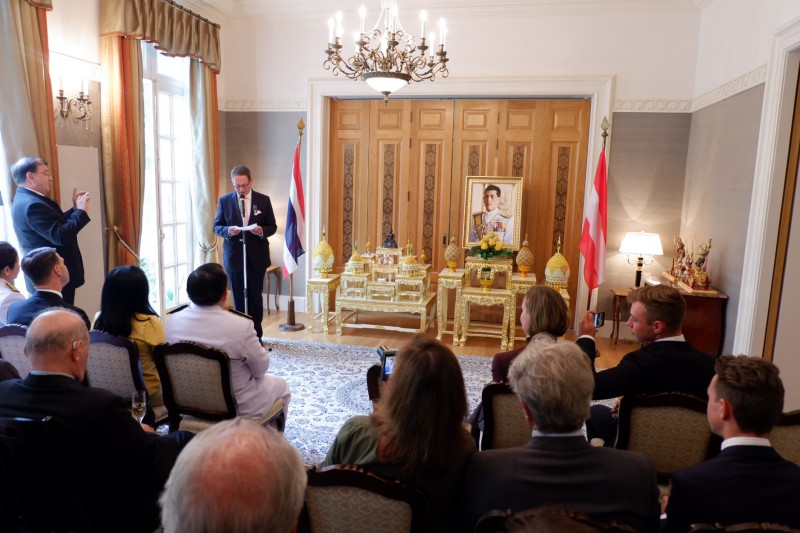