In marking the 87th Birthday Anniversary of Her Majesty Queen Sirikit The Queen Mother on 12 August 2019, the Royal Thai Embassy in Vienna organized the following activities in celebration of this auspicious occasion and to express deepest gratitude of the Thai community in Austria, Slovakia, and Slovenia to Her Majesty the Queen Mother:

1. Charity event at the Haus Miriam by Caritas Foundation

On 8 August 2019, H.E. Ambassador Morakot Sriswasdi together with officials of the Royal Thai Embassy, volunteers and representatives of the Thai community in Vienna provided lunch, in honour of H.M. the Queen Mother’s Birthday, for 40 residents of the Haus Miriam Vienna which is operated by Caritas Foundation. The Haus Miriam was founded with the mission to offer single women who are in difficult situation a shelter and professional support for their re-integration into the society.

2. Ceremony to mark Her Majesty the Queen Mother’s Birthday

On 11 August 2019, H.E. Ambassador Morakot Sriswasdi led the Thai community in a ceremony to mark the 87th Birthday of Her Majesty Queen Sirikit The Queen Mother at the Residence of the Thai Ambassador. The ceremony included offering alms to the monks, traditional Buddhist merit-making rituals, citation before Her Majesty’s portrait and prayer for her good health.

The approximately 80 participants took this opportunity to sign their names in the well-wisher guest book to Her Majesty the Queen Mother. The book will remain open for signature at the Embassy’s chancellery (Cottagegasse 48, 1180 Vienna) until 19 August. 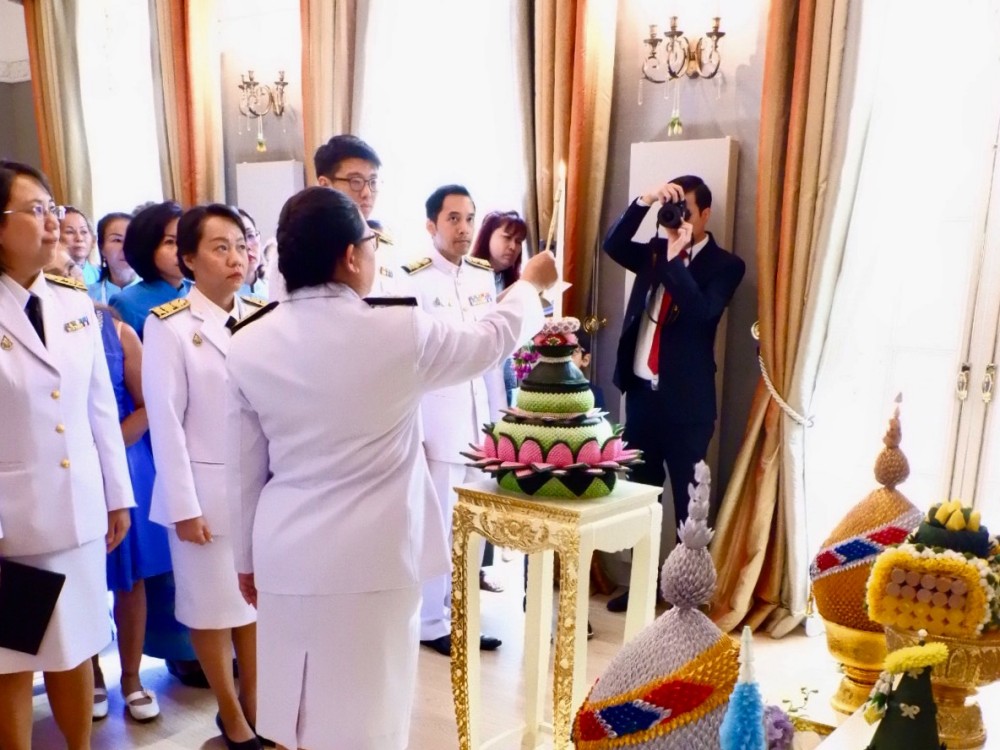 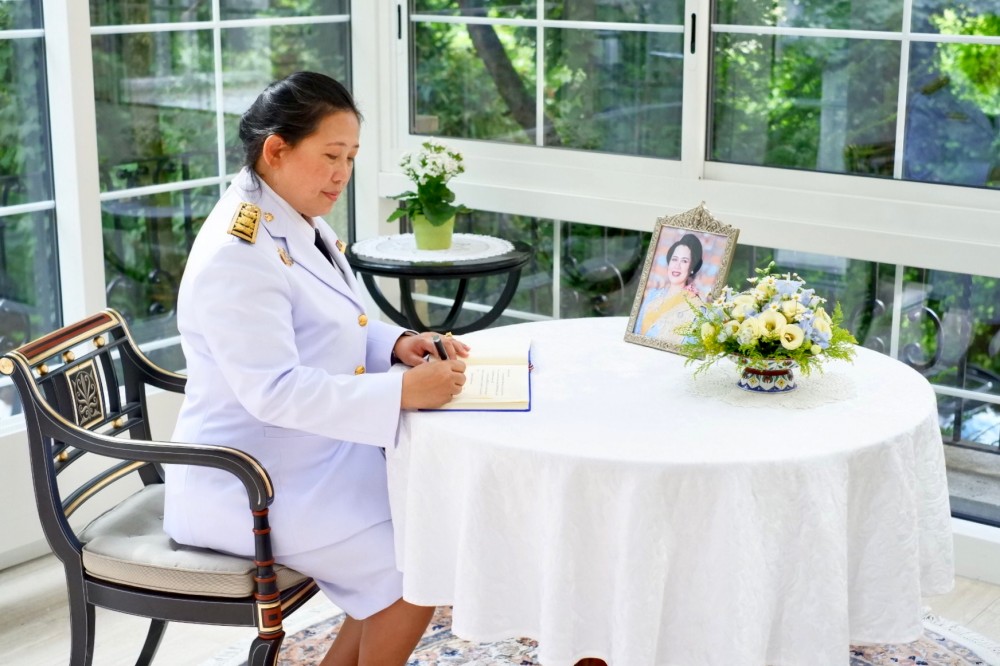 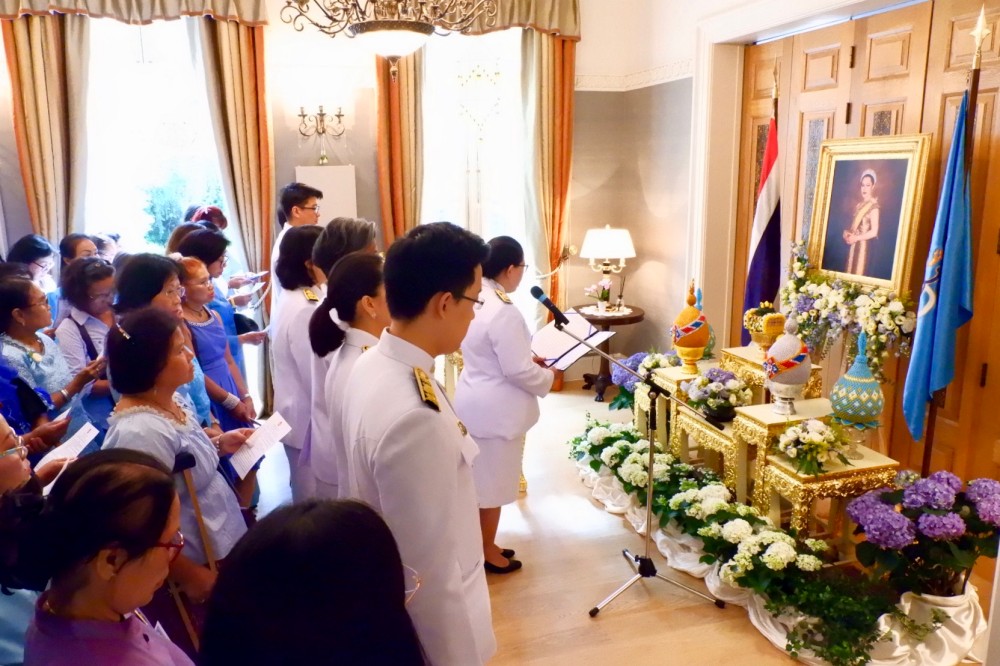 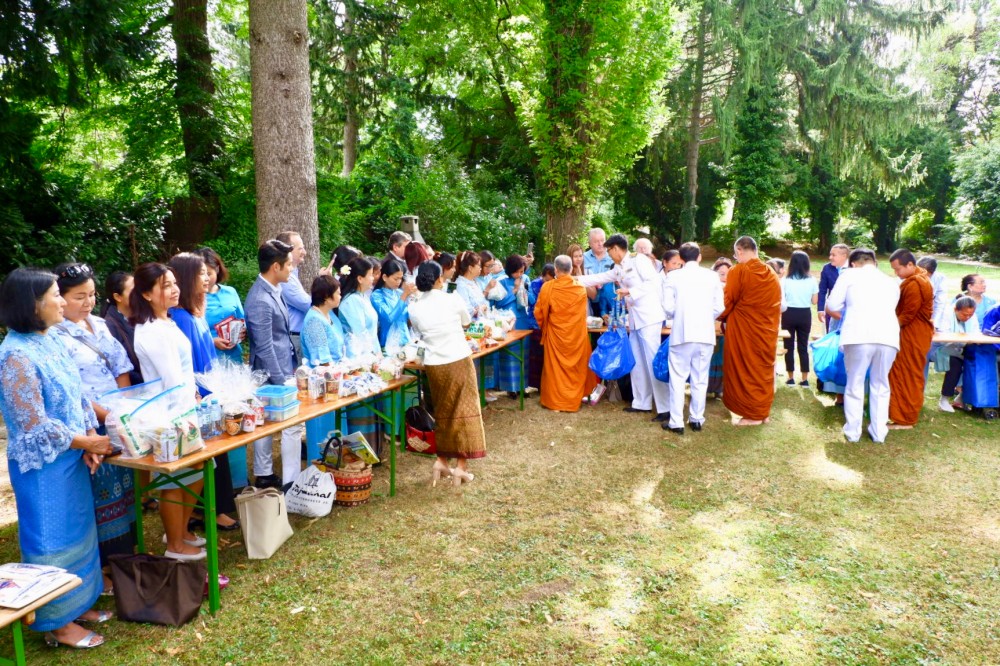 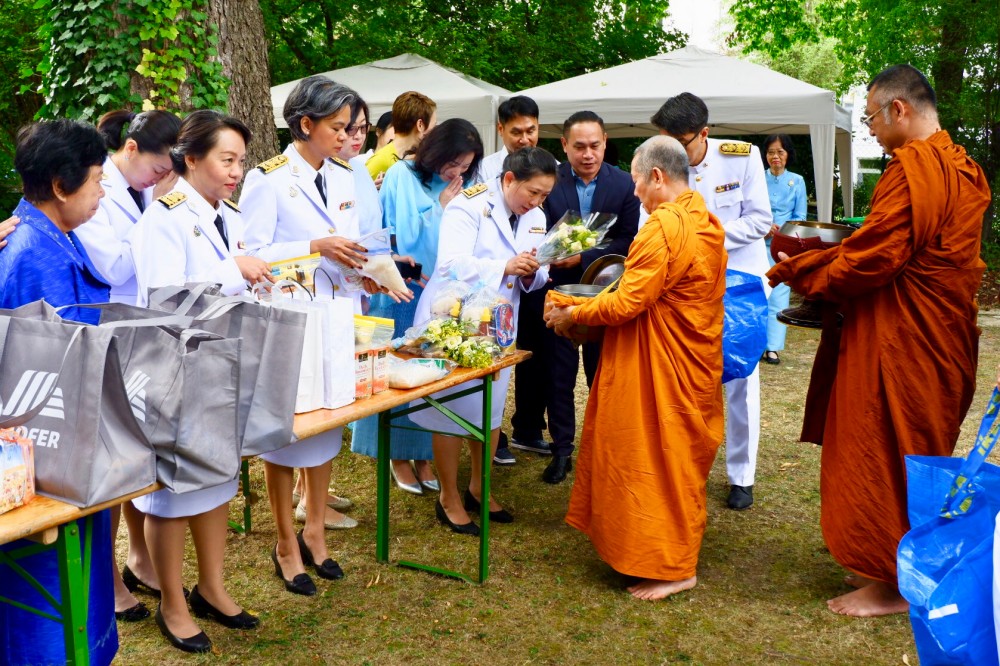 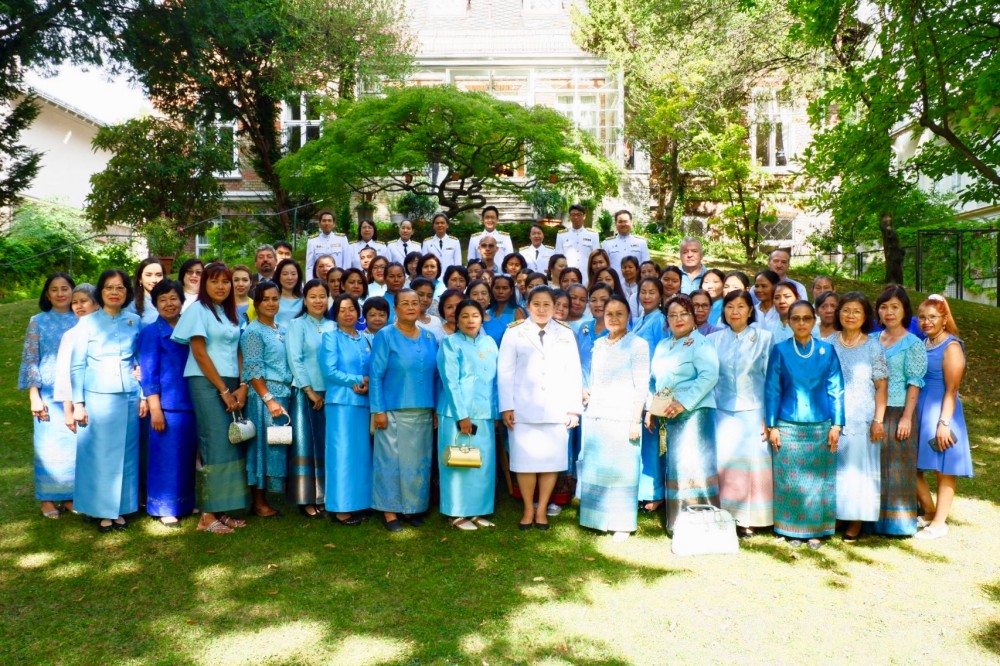 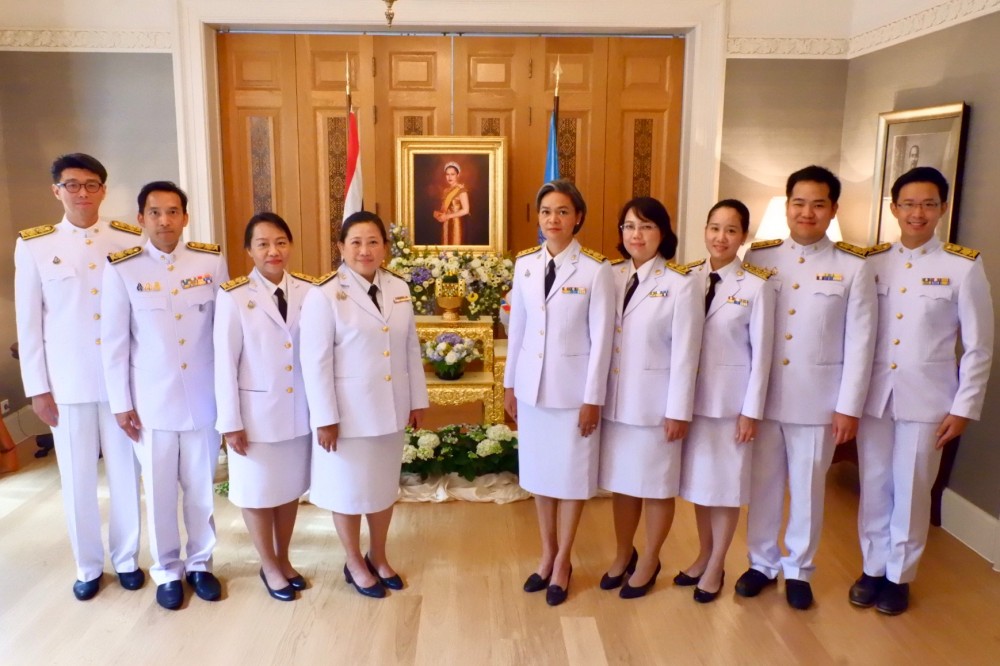 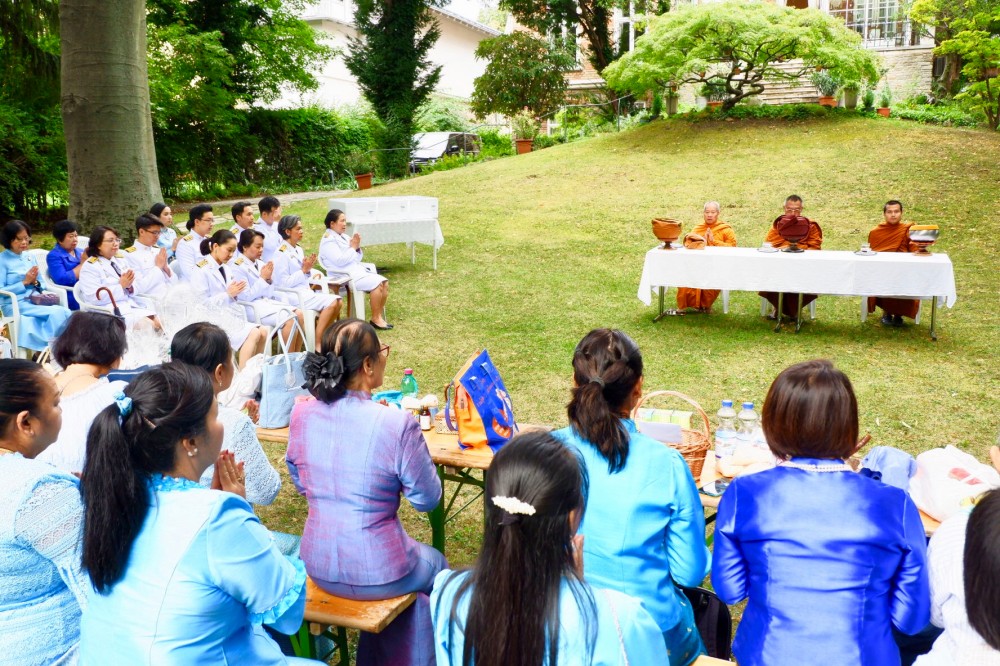 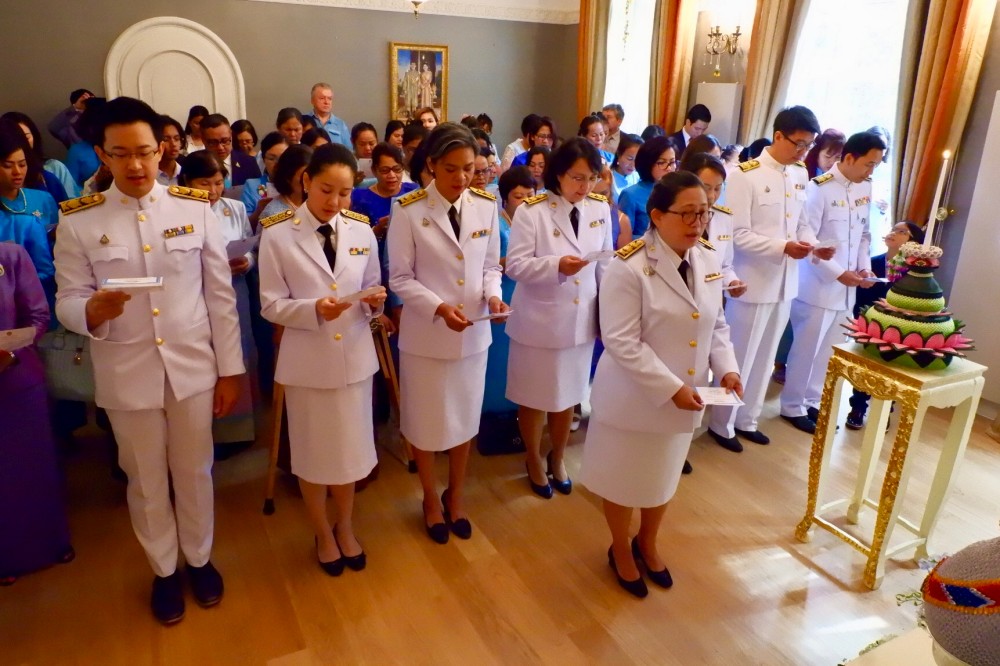 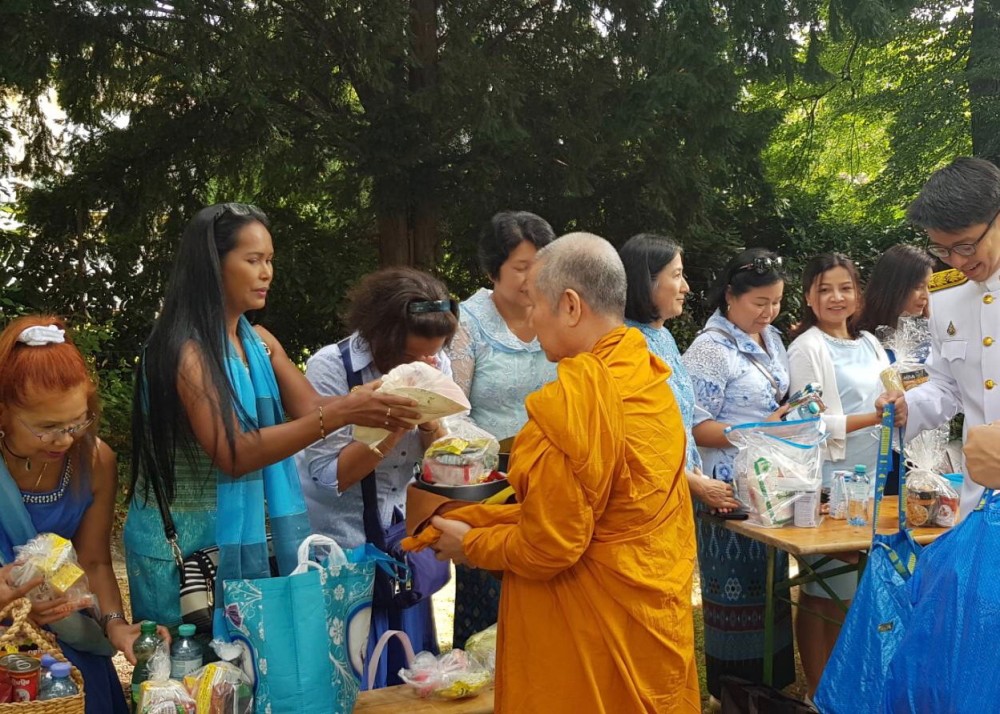