The International Atomic Energy Agency (IAEA) hosted the second International Conference on Nuclear Security from 5-9 December 2016 at the Vienna International Centre. The Conference provided a forum for Member States of the IAEA and relevant international organizations to discuss and exchange views and experiences with a view to further enhancing cooperation in the strengthening of global nuclear security.

H.E. Dr. Pichet Durongkaveroj, Minister of Science and Technology, headed the Thai delegation comprising representatives from Thailand Institute of Nuclear Technology, the Office of Atoms for Peace, Ministry of Foreign Affairs, and the Office of National Security Council.

In delivering Thailand’s national statement at the Ministerial Segment of the Conference, Minister Durongkaveroj reaffirmed Thailand’s commitment to work constructively with the IAEA and the international community in this respect. He also informed the Conference of Thailand’s efforts and actions at the national level and in the ASEAN framework, including the amendments of Thailand’s domestic laws to pave a way for Thailand to join the remaining international instruments concerning nuclear-related issues as well as Thailand’s support for the ASEAN Network of Regulatory Bodies on Atomic Energy. Together with other heads of delegation, Minister Durongkaveroj endorsed the Ministerial Declaration, which was the outcome of the Ministerial Segment.

In addition, Minister Durongkaveroj also had a bilateral meeting with Mr. Yukiya Amano, Director-General of the IAEA, to follow up Mr. Amano’s visit to Thailand in August this year in order to further promote the Thai - IAEA cooperation in various fields relating to peaceful uses of nuclear energy. 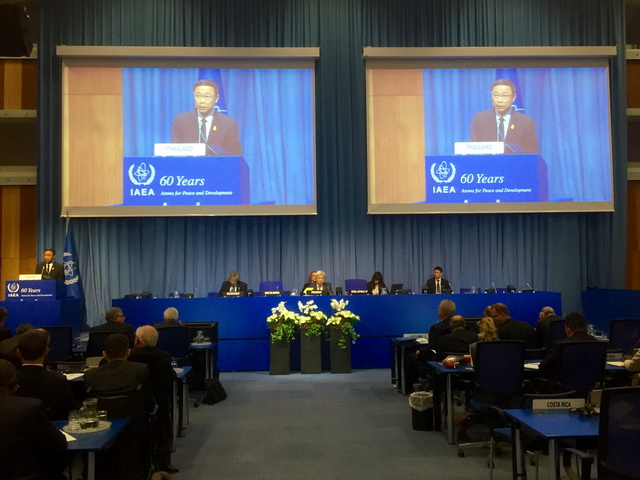 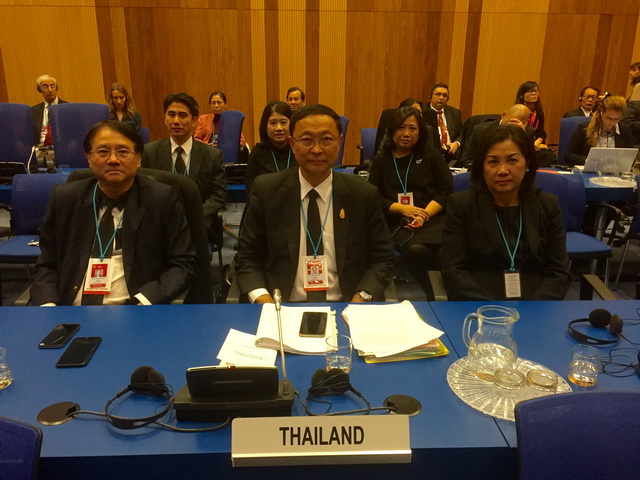 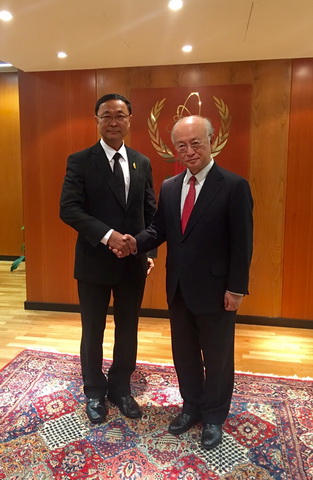