Prince Mahidol Day and Education for Humanity by Tanee Sangrat

“True success is not in the learning, but in its application to the benefit of mankind”

The 24th of September is an important date in Thailand.  Known as “Prince Mahidol Day,” it marks the date of the passing of His Royal Highness Prince Mahidol of Songkla in 1929.

Prince Mahidol is remembered for his impact on the advancement of higher education, especially in the fields of basic sciences, public health and medical research. But there are two particularly noteworthy undertakings credited to Prince Mahidol that have had significant impact on the development of both the software and hardware of medical advancement in the country.

First, Prince Mahidol allocated his personal funds towards scholarships for talented Thai students to study basic sciences, and other fields of applied sciences, in the United Kingdom, mainland Europe and the United States. These students would then return to Siam as the first groups of well-qualified teaching staff to “pay it forward” through teaching.  They would later make their own contributions to progress in the medical field.

Second, Prince Mahidol acquired modern equipment for teaching basic sciences and the construction of laboratories and classrooms. He also served as Chairman of the Committee to establish the Siriraj School of Medicine, now the Faculty of Medicine, Siriraj Hospital, Mahidol University, which is one of the best in the country.

These and other meaningful actions have had a long term impact on the development of medicine and public health services, so much so that Prince Mahidol has been honoured with the title “Father of Medicine and Public Health of Thailand.”

Two Prince Mahidol Awards are conferred annually upon individuals, or institutions, which have made exemplary contributions to the advancement of medical and public health services for humanity throughout the world. Each award consists of a medal, a certificate, and a sum of 100,000 USD. Any national medical, or health authority, or indvidual, or group of individuals acting in a non-governmental capacity, may submit nominations for the award to the Secretary-General of the Prince Mahidol Award Foundation before the 31st of May each year.

Last year, the Prince Mahidol Award in the field of medicine was conferred upon Associate Professor Katalin Karikó, Ph.D., from Hungary and Professor Drew Weissman, M.D., Ph.D. from the United States, for their joint research on mRNA technology, which has led to the development of COVID-19 vacccines, and Professor Pieter Cullis, Ph.D. from Canada, for his pioneering research on lipid nanoparticles, which have been used to develop mRNA vaccines so that they are able to enter human cells. Mr. Anutin Charnvirakul, Deputy Prime Minister, and Minister of Public Health of Thailand, met with the Prince Mahidol Laureates in January 2022, to congratulate and to commend them on their dedication to assist hundreds and thousands of patients all over the world. He acknowledged that their achievements are extremely important contributions to humanity and was honoured that Thailand could play a role in supporting their research.

The Prince Mahidol Award Conference (PMAC) is similarly an annual event held in Bangkok, which invites leaders and experts to discuss global challenges. The theme for PMAC in January 2022 was “The World We Want: Actions towards a Sustainable, Fairer, and Healthier Society.” PMAC 2022 focused on six mega trends, which include a changing population, changing demographics, urbanization, climate change, land use change and transformative technologies. Participants explored the relationships between these issues and how to address them through policy making and collective action. They noted that the growing world population would impact natural resources and human health. An ageing society results in an increasing number of people with non-infectious diseases, such as strokes and Alzheimer’s disease, requiring more researchers to focus on these diseases. Urbanization and an increase in the number of megacities have a profound impact on pollution and related urban diseases, compounded by climate change. Nevertheless, the rapid development of transformative technologies have the potential to help us overcome such global challenges by advancing medical procedures and forecasting natural disasters. At the end of the day, participants reiterated the need to join forces to create the world we want, while also ensuring that technological advancements and life saving innovations are equally distributed worldwide.

Mr. Phurin Areesawangkit from the Faculty of Medicine, Siriraj Hospital, was one of the recipients. In an interview on Radio Thailand’s “MFA Update” program, Phurin explained that the scholarship provides youth who are interested in medical research, public health systems and public health policy, with an opportunity to study in frontline institutions, in any country, for one year. Phurin was motivated to apply for the scholarship for the opportunity to learn from world class experts and to strengthen connections between academic institutions in Thailand and those abroad. He aims to pursue research on the treatment of cancer in the hope of providing more effective treatment for cancer patients in Thailand. He is an example of the powerful and enduring legacy left behind by Prince Mahidol, carrying on the torch of His Majesty’s pursuit of learning for the benefit of mankind and education for humanity. 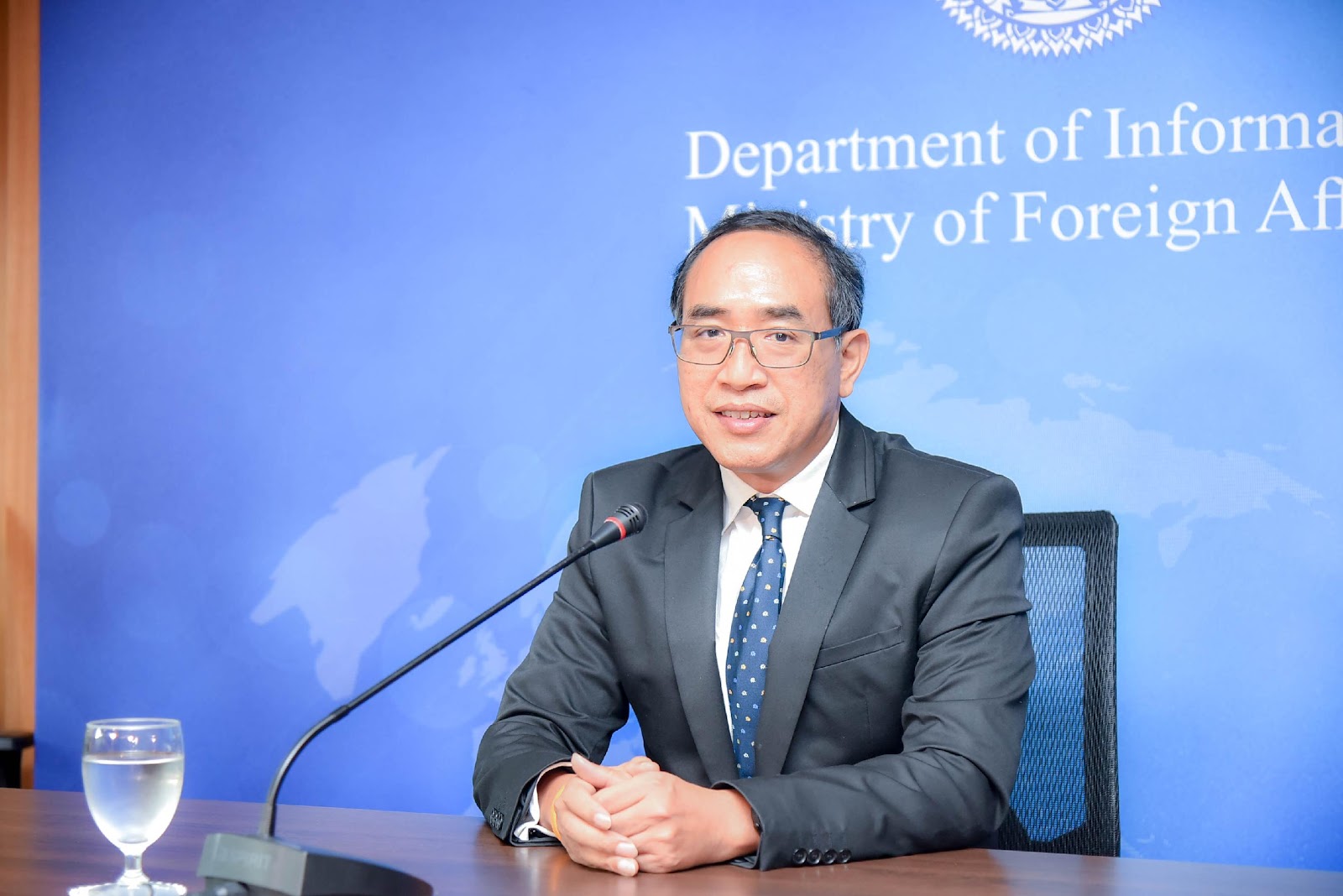 Mr. Tanee Sangrat is Director-General of the Department of Information and Spokesperson for the Ministry of Foreign Affairs of Thailand. He is also the Chairman of the Sub-Committee on Public Relations of the Prince Mahidol Award Foundation and has worked closely with the foundation in this capacity. During his time at the Department of Information, he has given importance to public diplomacy and engaging youth on international relations through various activities. He has served as the Consul-General to Los Angeles, the Ambassador of Thailand to Vietnam, and is currently Ambassador-designate to the United States.