Concert to Celebrate 150 Years of Friendship between Thailand and Austria

On 23 June 2019, Her Royal Highness Princess Maha Chakri Sirindhorn of Thailand graciously presided over the Concert to Celebrate 150 Years of Friendship between Thailand and Austria at Schlosstheater Schönbrunn, Vienna, on the occasion of the 150th anniversary of the conclusion of the Treaty of Friendship, Commerce and Navigation between the then Kingdom of Siam and the Austro-Hungarian Empire in 1869 during the reigns of King Chulalongkorn and Emperor Franz Joseph.

The concert was organised by the Royal Thai Embassy in Vienna and the Federal Ministry for Europe, Integration and Foreign Affairs of Austria in collaboration with the Princess Galyani Vadhana Institute of Music (PGVIM) and the mdw – University of Music and Performing Arts Vienna. It was attended by Dr. Iris Eliisa Rauskala (Federal Minister for Education, Science and Research), H.E. Ambassador Dr. Johannes Peterlik (Secretary General of the Federal Ministry for Europe, Integration and Foreign Affairs), Mag. Ulrike Sych (Rector of the mdw), Clinical Prof. Piyasakol Sakolsatayadorn (Chairman of PGVIM Council), Assoc. Prof. Khunying Wongchan Phinainitisatra (President of PGVIM), and members of PGVIM Council together with more than 260 representatives from the Austrian public and private sectors, Vienna’s diplomatic corps and Thai communities in Austria.

The concert was performed by a specially-assembled orchestra made up of PGVIM and mdw students under the baton of Univ.-Prof. Johannes Meissl with Thanaporn Songkiattisak as a soloist (Pianoforte). The programme included seminal works by Johann Strauss Jr., Joseph Haydn and Josef Strauss, as well as a composition of His Majesty King Bhumibol Adulyadej The Great of Thailand (Kinari Suite).

On this auspicious occasion, H.E. Ms. Morakot Sriswasdi, Ambassador of Thailand to Austria, H.E. Ambassador Dr. Johannes Peterlik, Secretary General of the Federal Ministry for Europe, Integration and Foreign Affairs of Austria, Clinical Prof. Piyasakol Sakolsatayadorn, Chairman of PGVIM Council, and Mag. Ulrike Sych, Rector of the mdw, delivered opening remarks reflecting on the 150-year-long friendship between Thailand and Austria and commending the progress the two countries have made in their relations at all levels. They also emphasized the important role that music has played in bringing the two countries together and expressed hope that the concert would help provide an impetus in raising the scale of Thai-Austrian relations in the future. 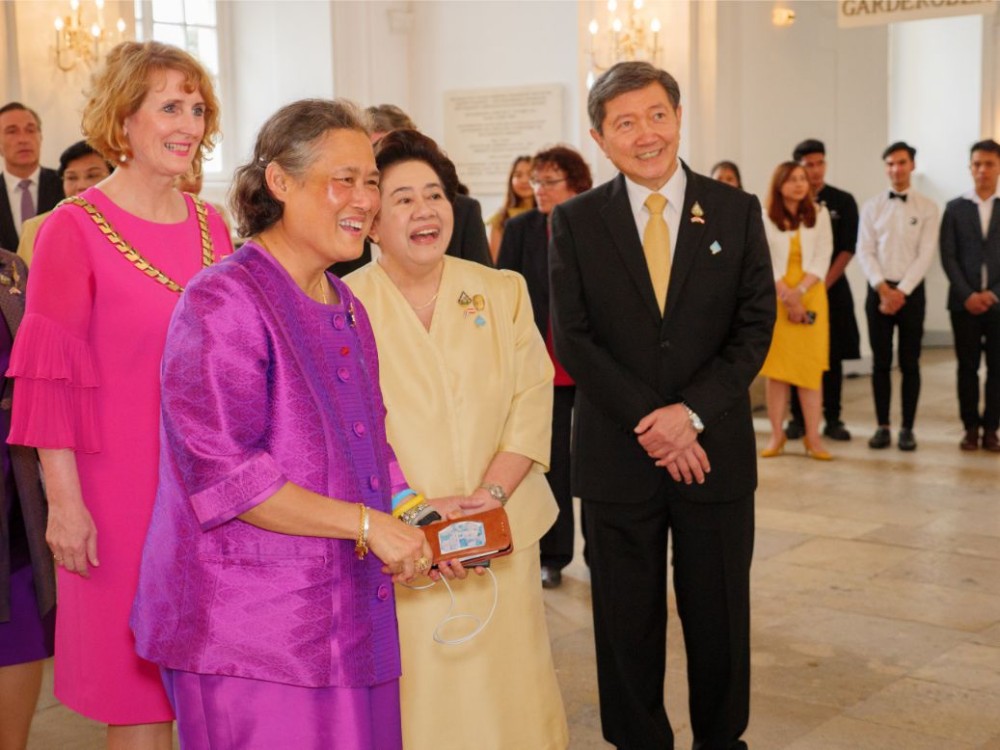 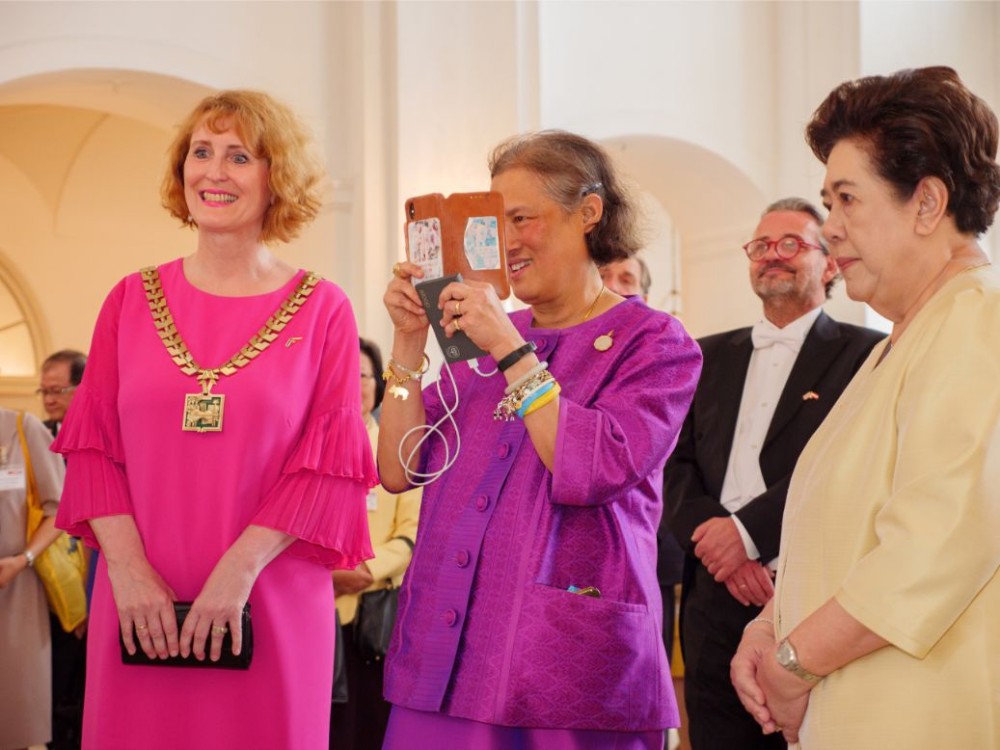 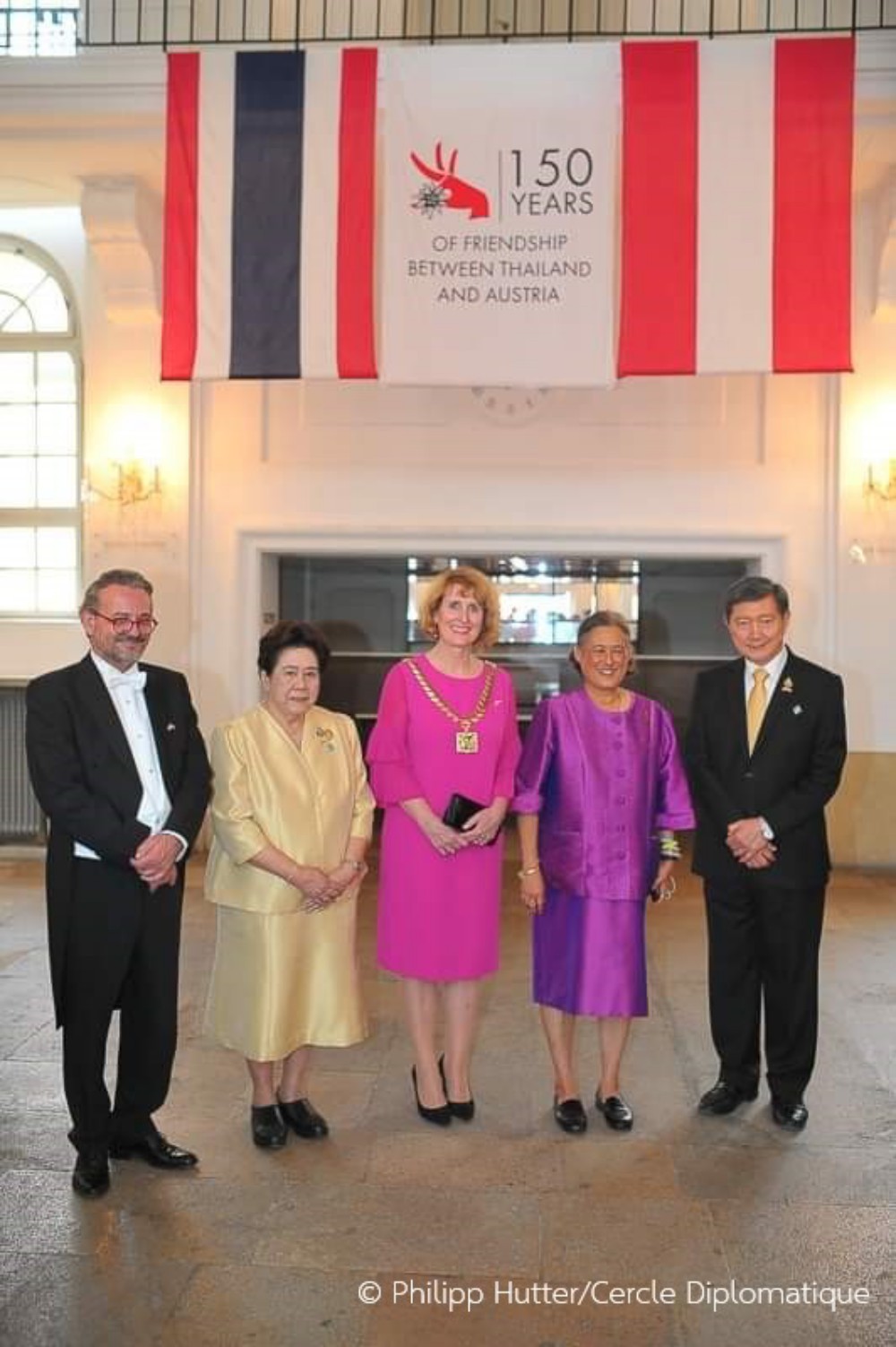 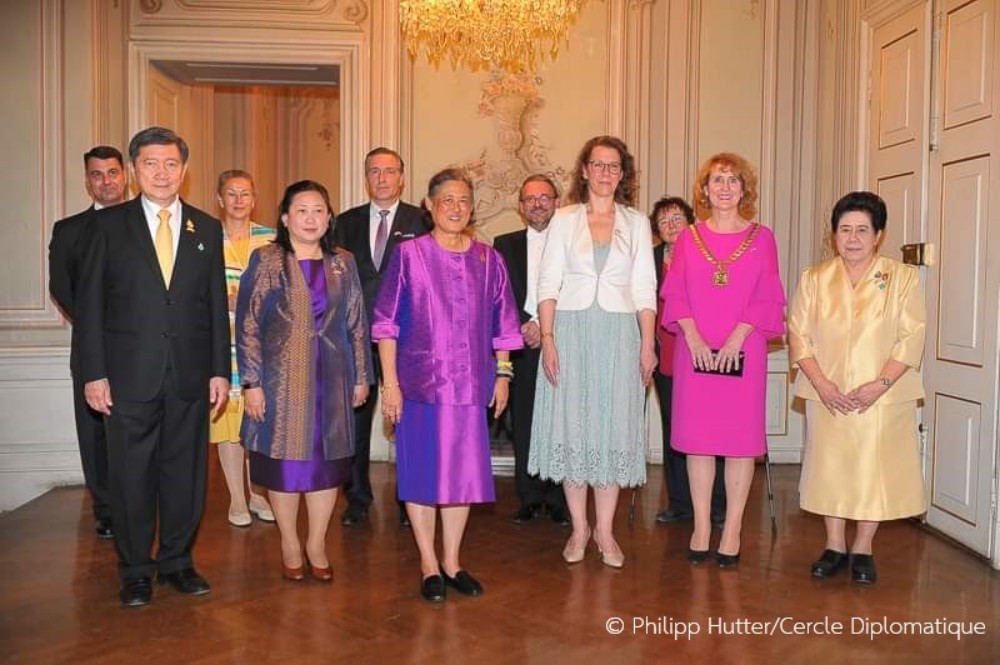 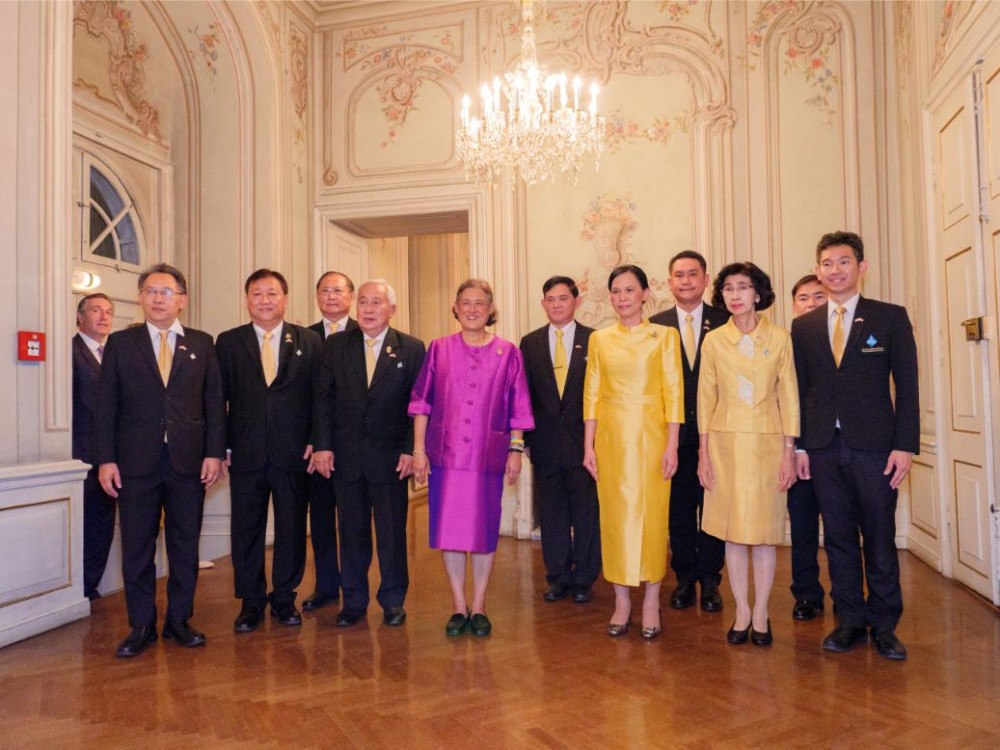 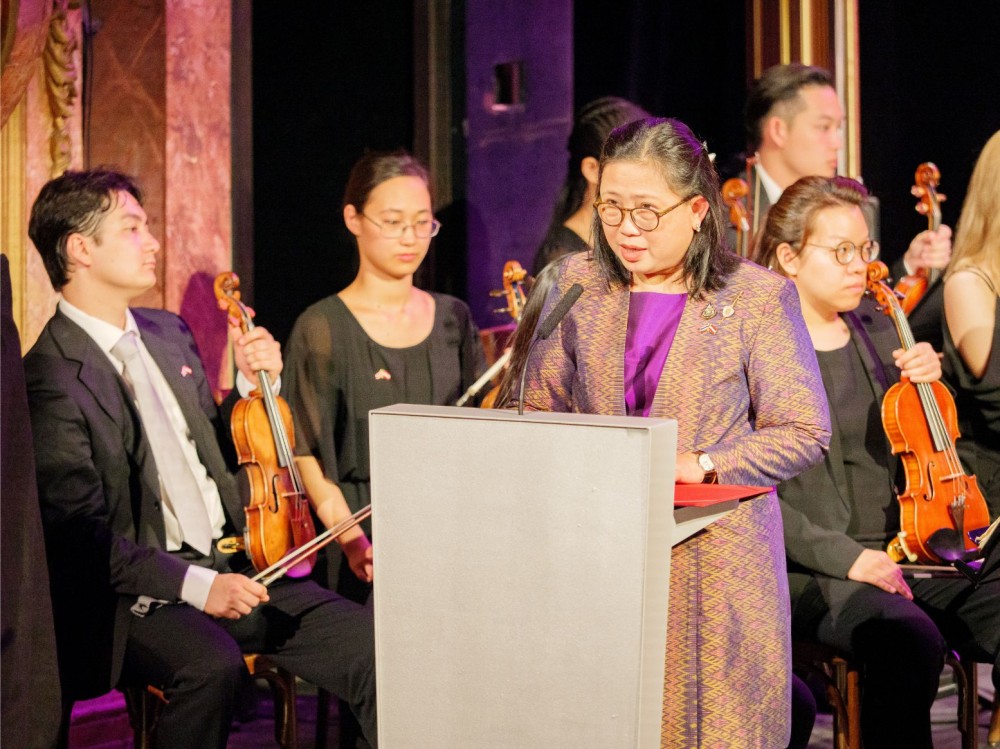 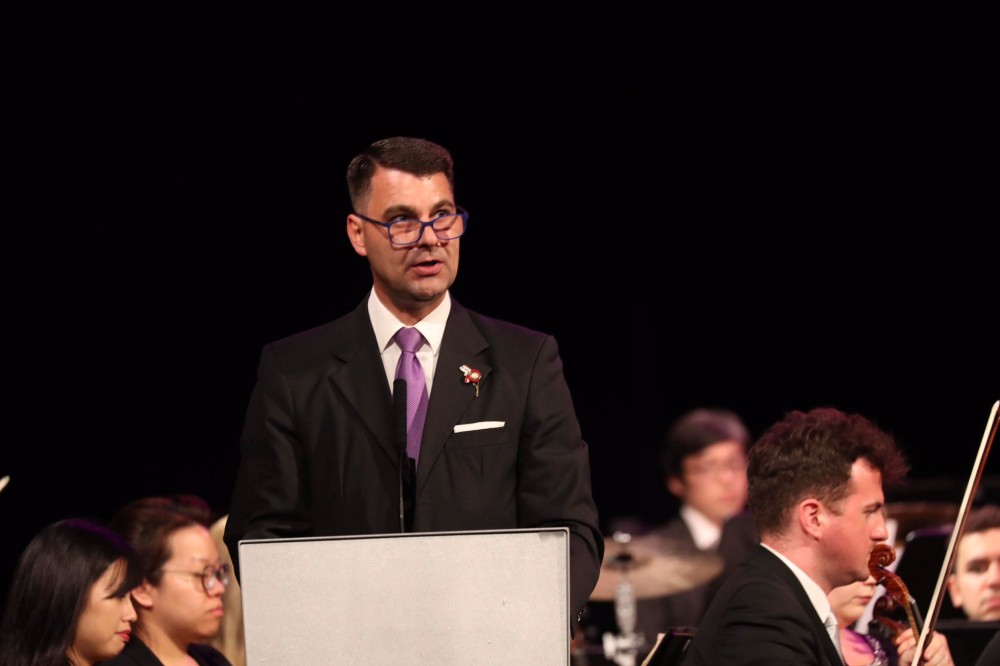 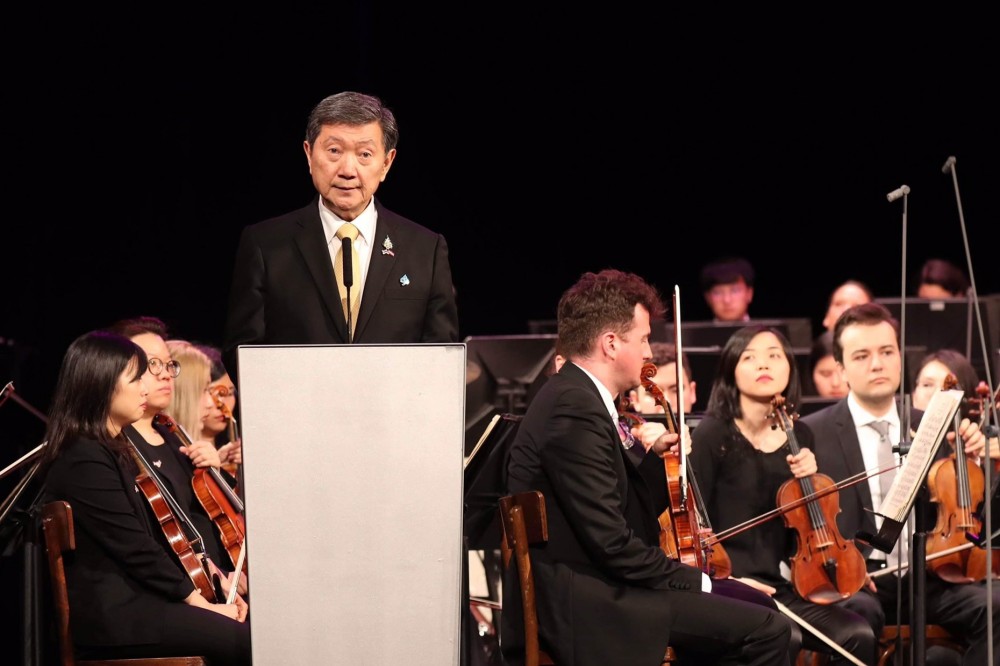 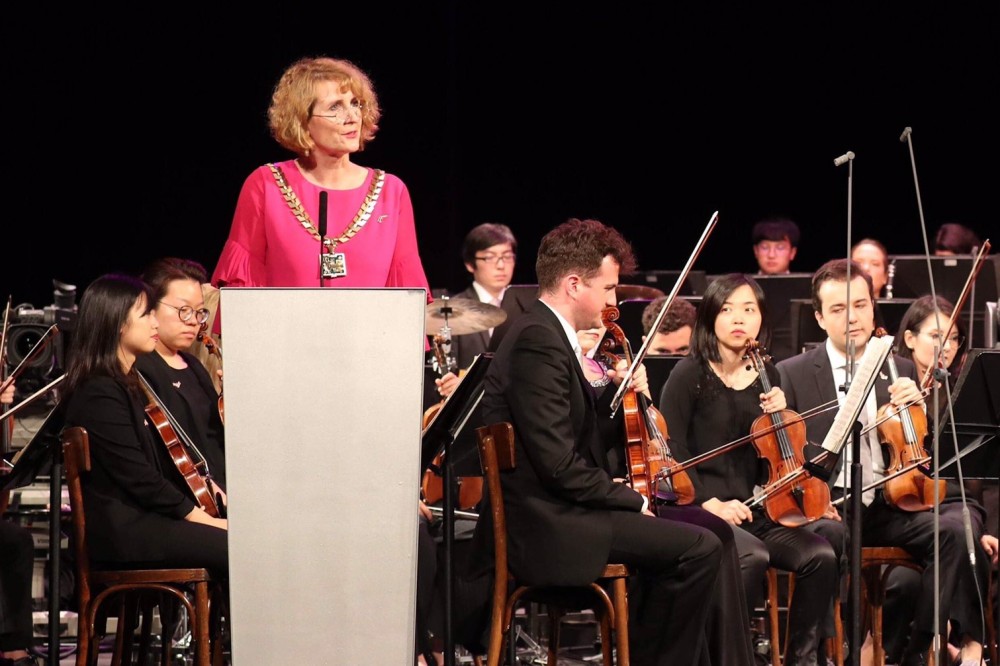 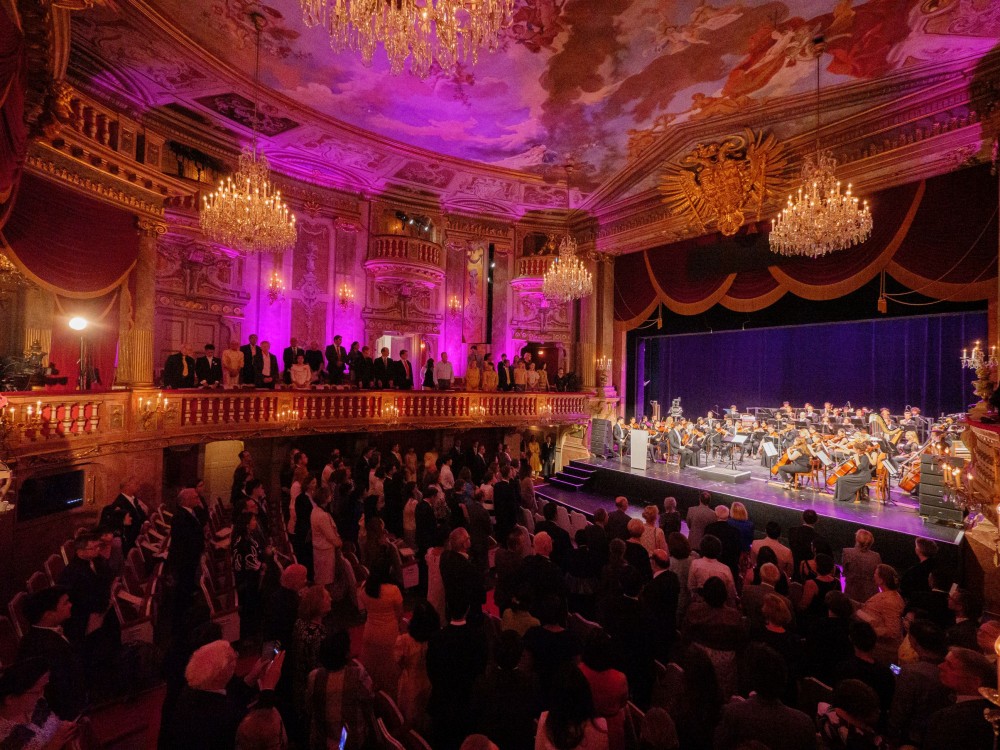 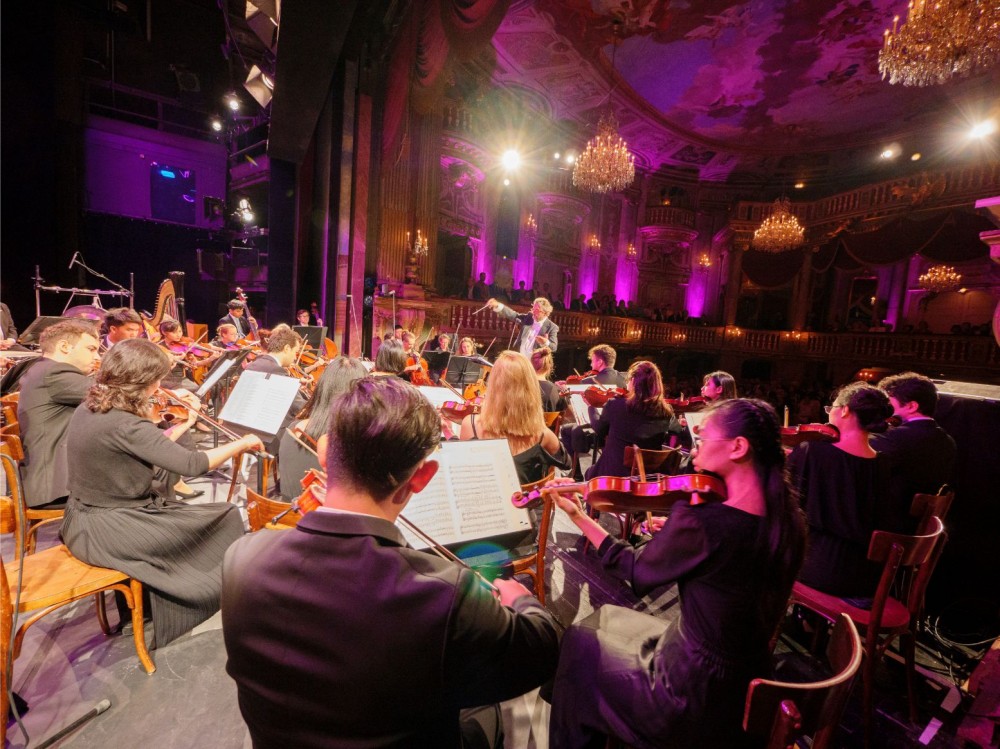 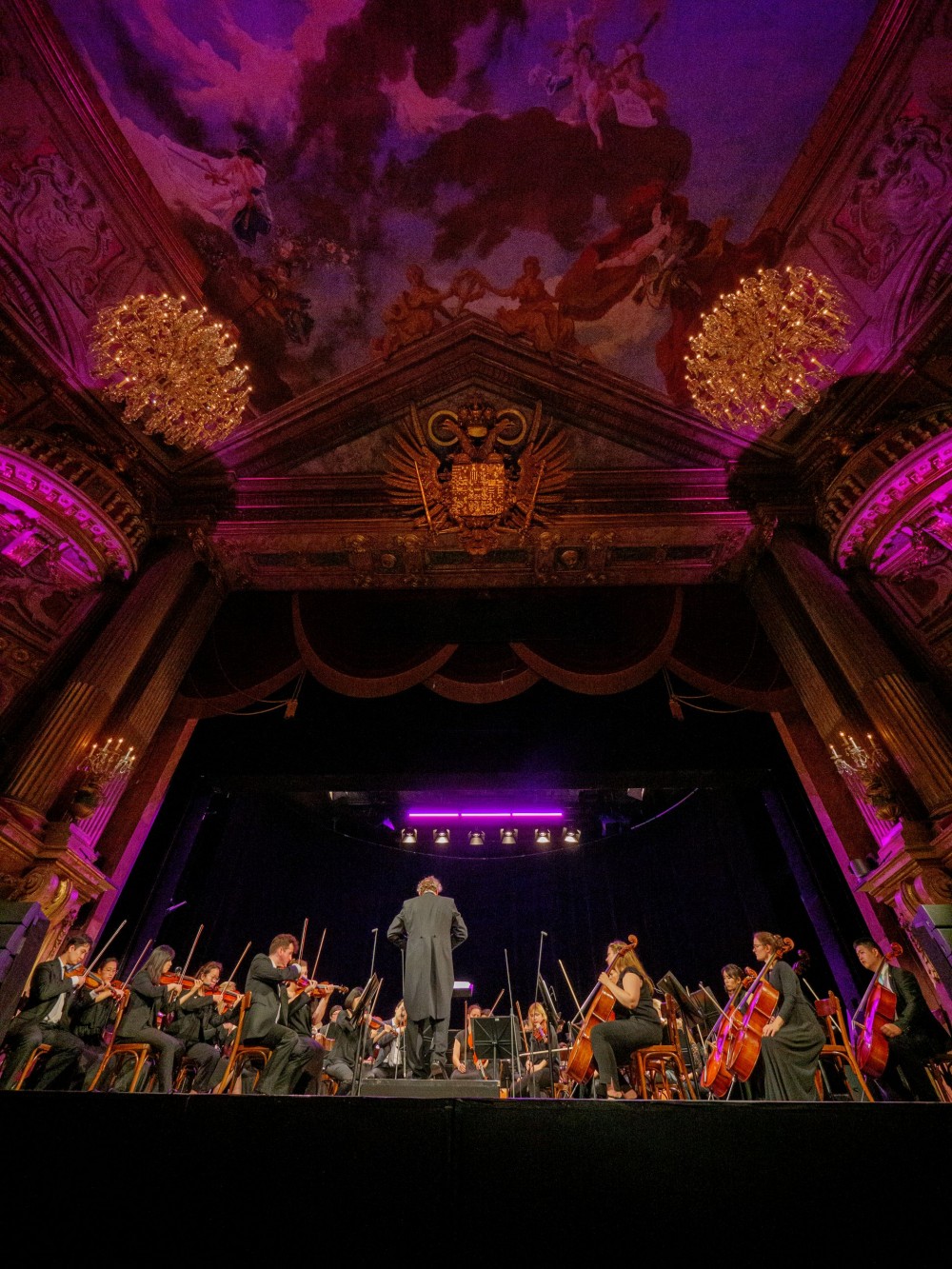 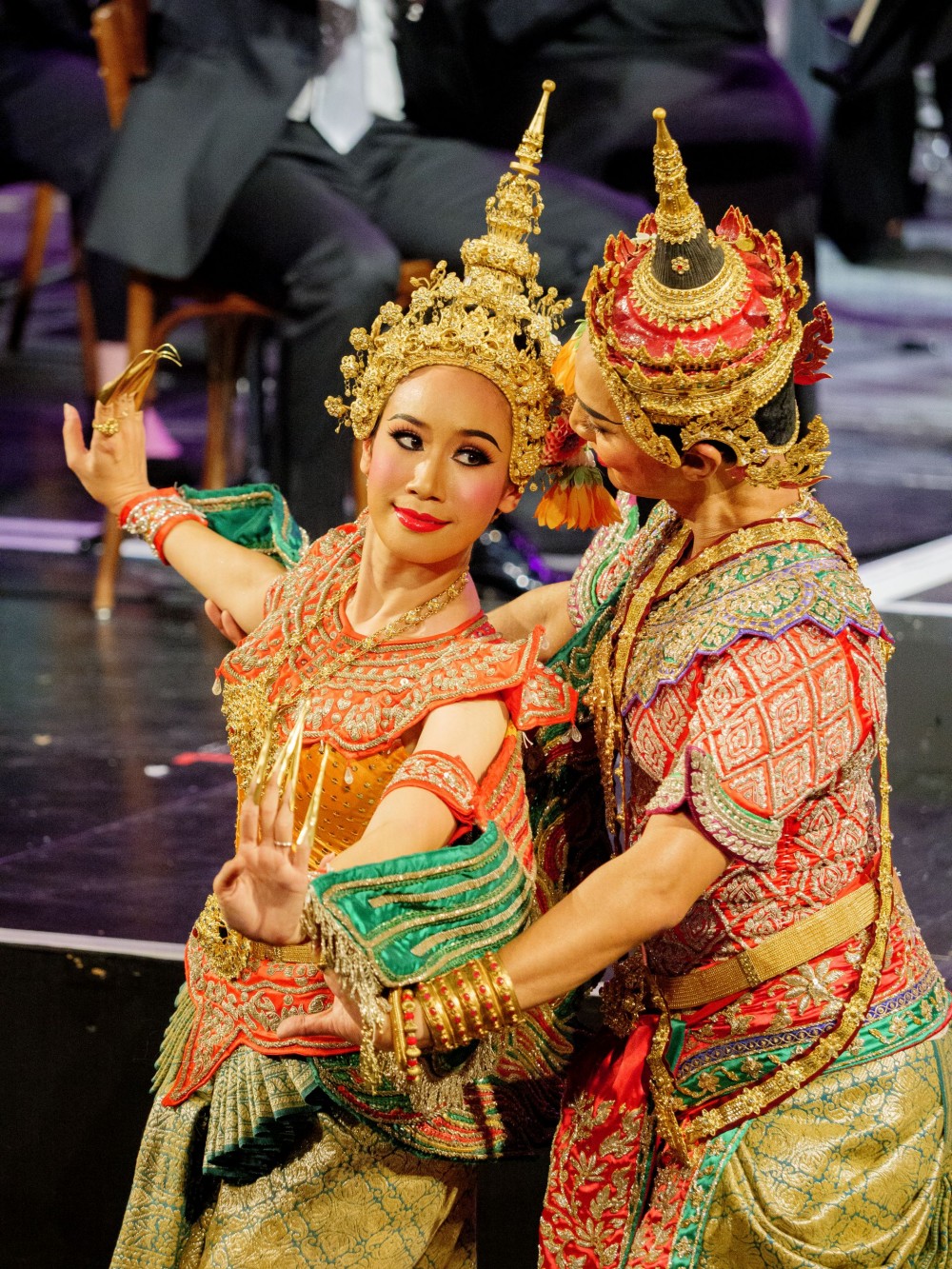 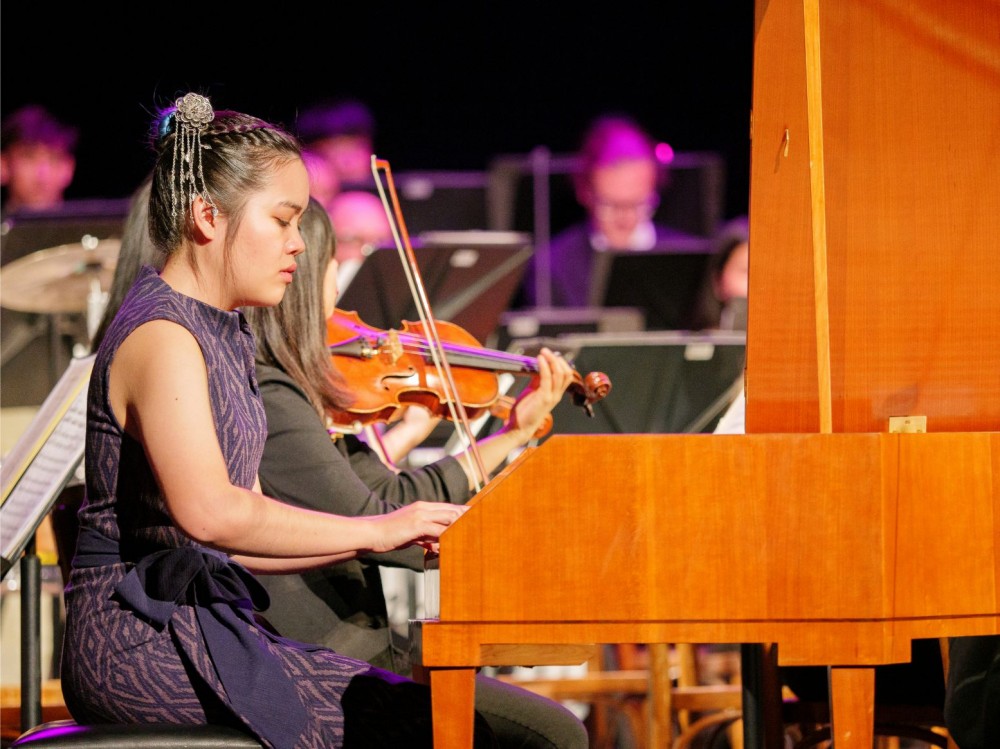 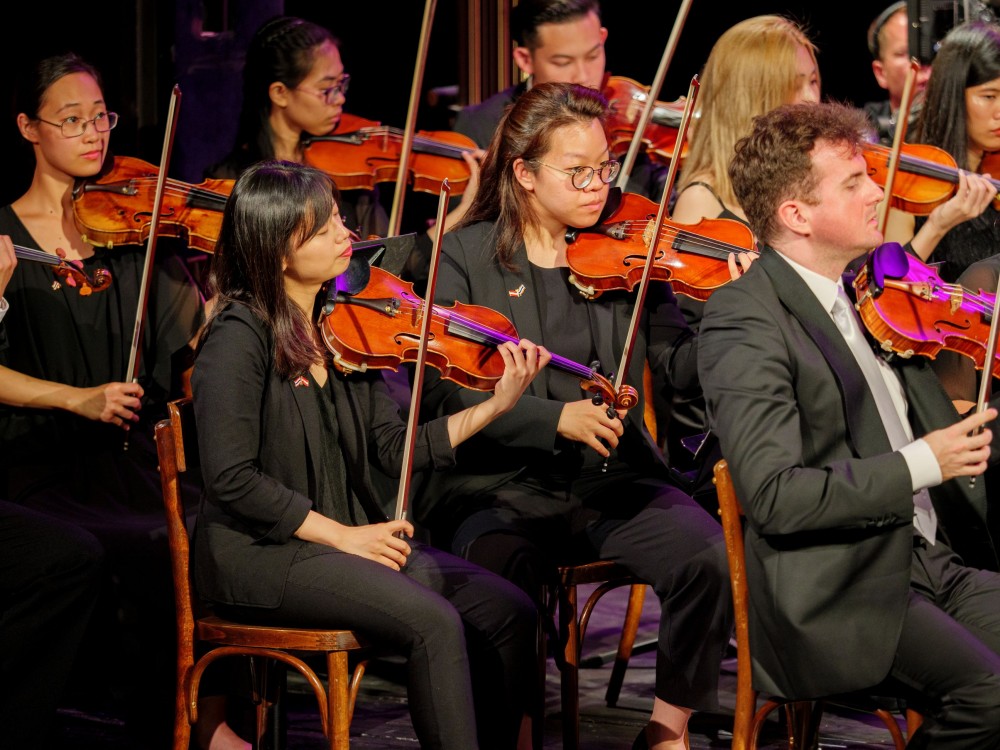 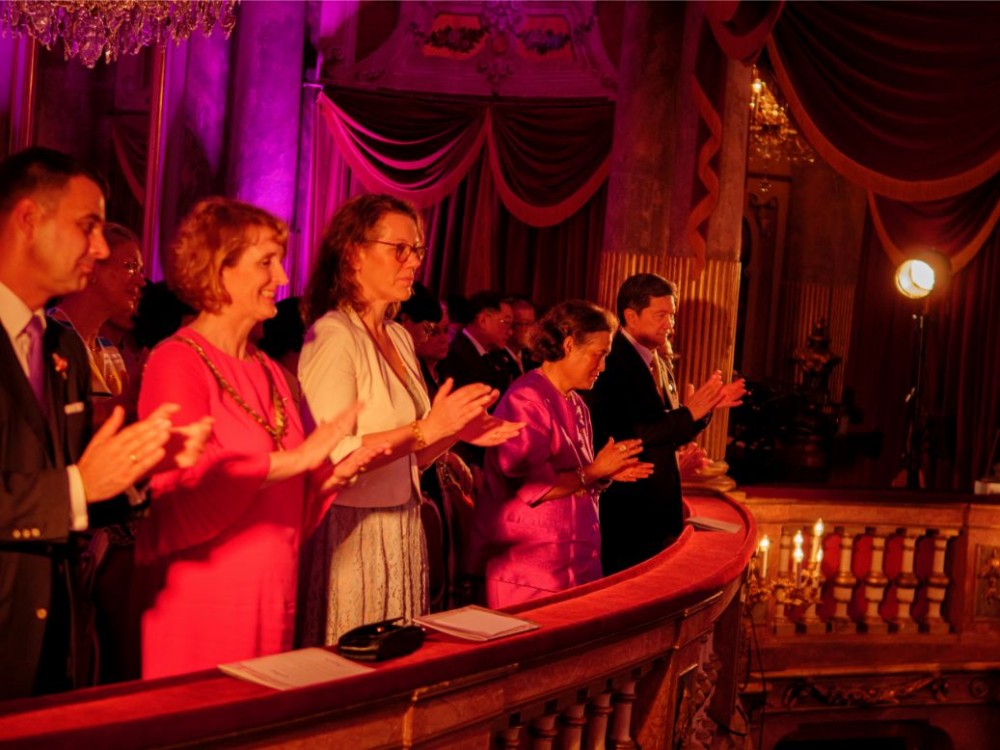 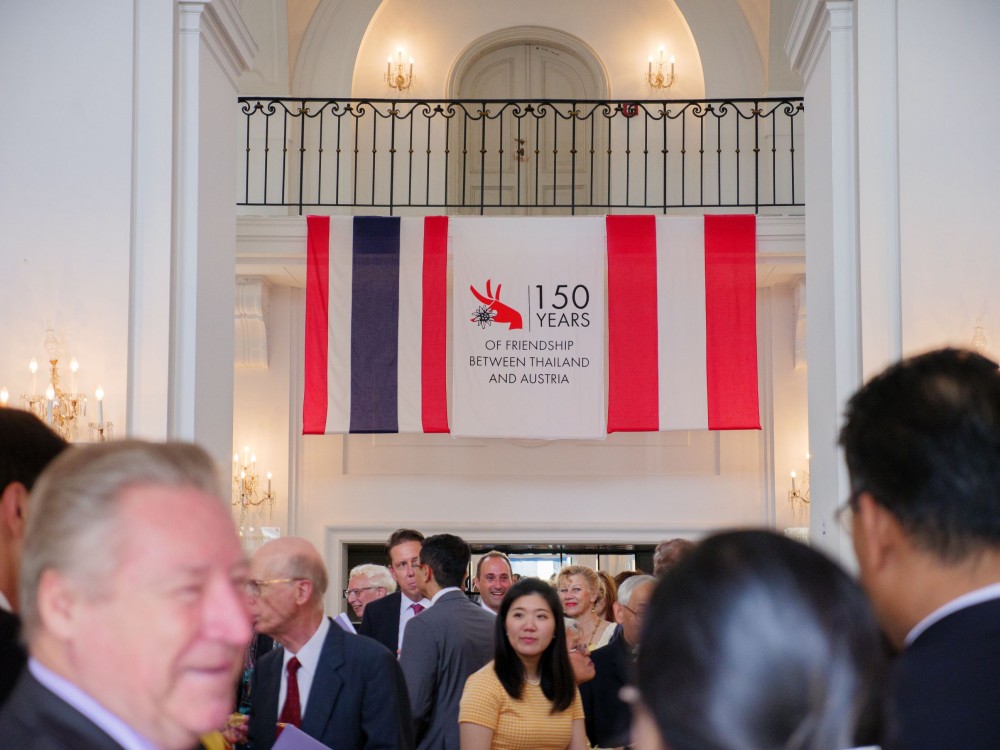